No Filipinos hurt or killed in Japan typhoon — DFA 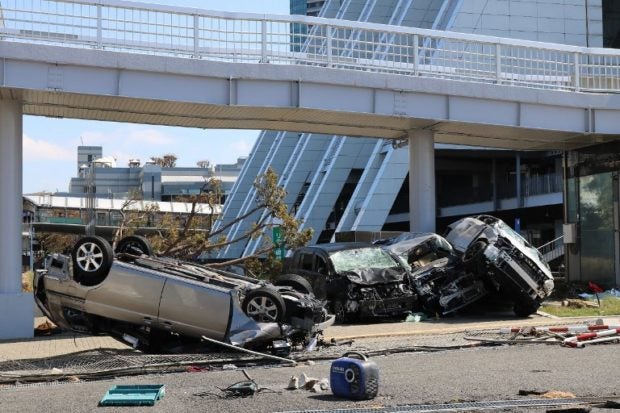 A car lies upside-down next to other damaged vehicles along a road after being blown by strong winds from typhoon Jebi in Osaka on September 5, 2018. AFP

There are no Filipinos in the list of casualties and injured in Japan, as Typhoon Jebi wreaked havoc in the western part of the country, according to the Department of Foreign Affairs (DFA).

The DFA said the Philippine Embassy in Tokyo and the Consulate General in Osaka have not received any reports of Filipinos among the 10 reported dead and more than 300 injured in the aftermath of the strongest typhoon to hit Japan in 25 years.

DFA has offered its sympathies to Japan, a  close ally of the Philippines.

The department also vowed to monitor the typhoon and constantly check the welfare of 280,000 Filipinos  in Japan, adding that both the embassy and consulate are ready to assist affected Filipinos.