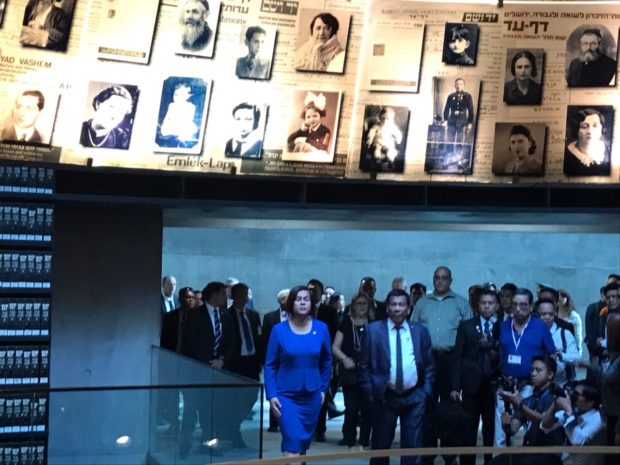 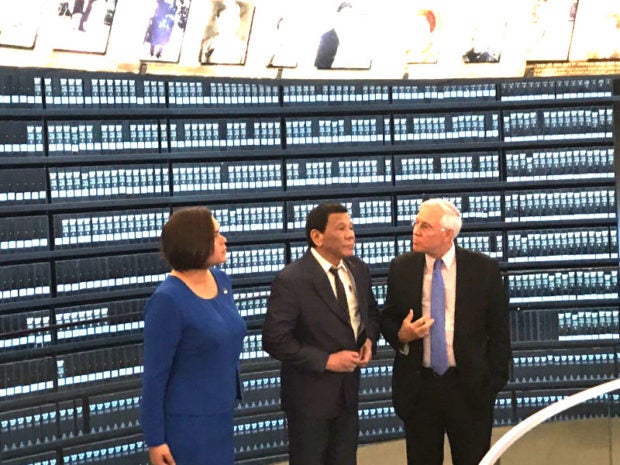 In September 2016, Duterte drew criticisms after he compared his anti-drug campaign to the Hitler-led Holocaust, saying he would be “happy to slaughter” three million drug addicts.

The President later visited a synagogue in Manila to personally apologize to the Jewish community, in what he described as a “terribly wrong” remark.

The President and his daughter also visited the Hall of Names inside the Yad Vashem, a memorial to every Jew who perished in the Holocaust.

“We are one in saying this will not happen again,” Duterte said in a brief speech inside the Hall of Names. The President was referring to the Hitler-led Holocaust, which killed six million Jews. 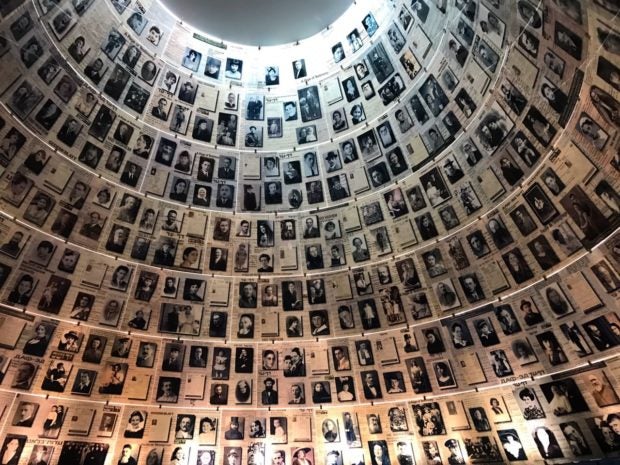 The Hall of Names inside the Yad Vashem Holocaust Memorial Center in Jerusalem, a memorial to each Jew who perished in the Holocaust. PHOTO by Nestor Corrales/INQUIRER.net

Aside from Holocaust Memorial visit, Duterte would also visit the Open Doors monument, a monument to commemorate the humanitarian assistance provided by the Philippines to Jewish refugees escaping the Holocaust in the late 1930s.

Nathaniel Imperial, Philippine Ambasador to Israel, said the visit “symbolizes our strong friendship with the Israeli people. And you know it’s an important part and highlight of the visit of the President.”

Duterte is on a four-day official visit to Israel. /ee