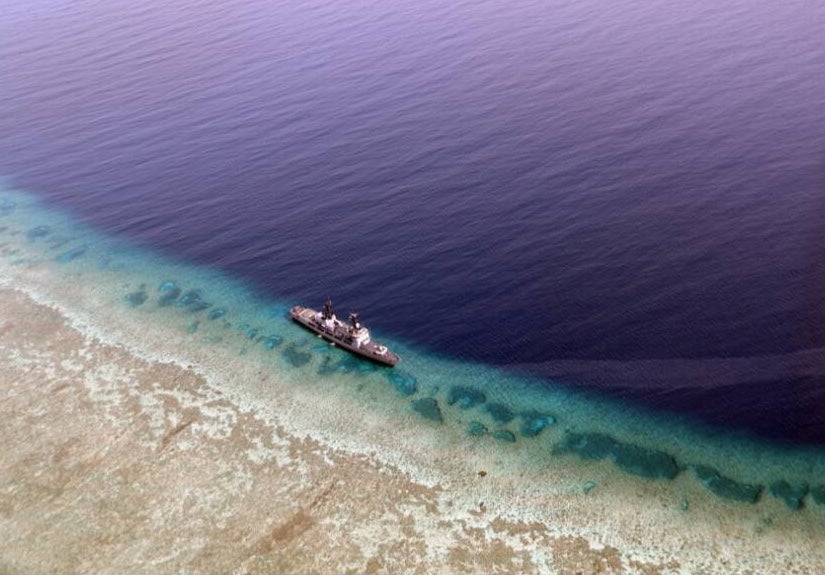 The Philippines is reportedly in talks with China concerning the retrieval of the grounded Philippine Navy warship in Hasa Hasa Shoal (Half Moon Shoal) in the West Philippine Sea (South China Sea).

Chinese Foreign Ministry spokesperson Hua Chunying said on Friday, Aug. 31, that their coast guard vessels are already at the shoal, while a search and rescue ship is also on standby in nearby waters.

The Nanhaijiu 115 refers to the search and rescue ship that China had last month announced that it would permanently deploy in Zamora Reef (Subi Reef), one of its three biggest fortified islands in the Spratly archipelago.

BRP Gregorio del Pilar (FF-15), the Philippine Navy’s flagship, ran aground in the vicinity of Hasa Hasa Shoal, about 60 nautical miles from Rizal, Palawan, while on routine patrol Wednesday night.

The frigate is one of the three former US Coast Guard cutters acquired by the Philippine military during the previous administration. It is the lead ship of her class.

“No, we can do it,” Defense Secretary Delfin Lorenzana told Inquirer.net when asked if the Philippines would accept China’s assistance to extricate the warship.

Presidential spokesperson Harry Roque said in a press briefing that he sees “no problems from China” amid fears that the Asian giant would stop the Philippines’ retrieval efforts.

China has repeatedly called for the removal of BRP Sierra Made in Ayungin Shoal (Second Thomas Shoal) in the disputed waters. The Philippine Navy warship was deliberately run aground in 1999 to serve as its military outpost.

Asia Maritime Transparency Initiative director Gregory Poling has raised concern that China might try to put the situation to its advantage by acting unilaterally to aid BRP Gregorio del Pilar.

“It closed Jackson Atoll in 2016 to remove a stranded foreign vessel. This would be another matter entirely, but not sure it’s out of the question,” he said on Twitter.

Two Philippine tugboats are on its way to the shoal to retrieve the warship as of Friday, Armed Forces public affairs chief Col. Noel Detoyato said. It is expected to arrive in the area this weekend.

The US and Japan’s biggest warships and its respective escort ships, coincidentally conducted bilateral drills in the hotly contested waters on Friday, in the wake of the Philippine Navy’s recovery efforts.

The JMSDF’s Escort Flotilla 4 Battle Group, headed by helicopter carrier JS Kaga (DD-184), is scheduled to arrive in Subic Bay on Saturday, Sept. 1, for a five-day port visit as part of its two-month Indo-Pacific deployment. President Rodrigo Duterte is expected to tour the warship.

A Philippine military official privy to the situation, who spoke on the condition of anonymity because he was not authorized to speak to the press, said there is an “ongoing coordination” with the US for assistance to recover the stranded warship.

“There are advisers on call, maintenance and repair coordination are ongoing,” the official said.

The actual pullout of the warship may begin on Sept. 3 onwards depending on environmental conditions, he added. /muf