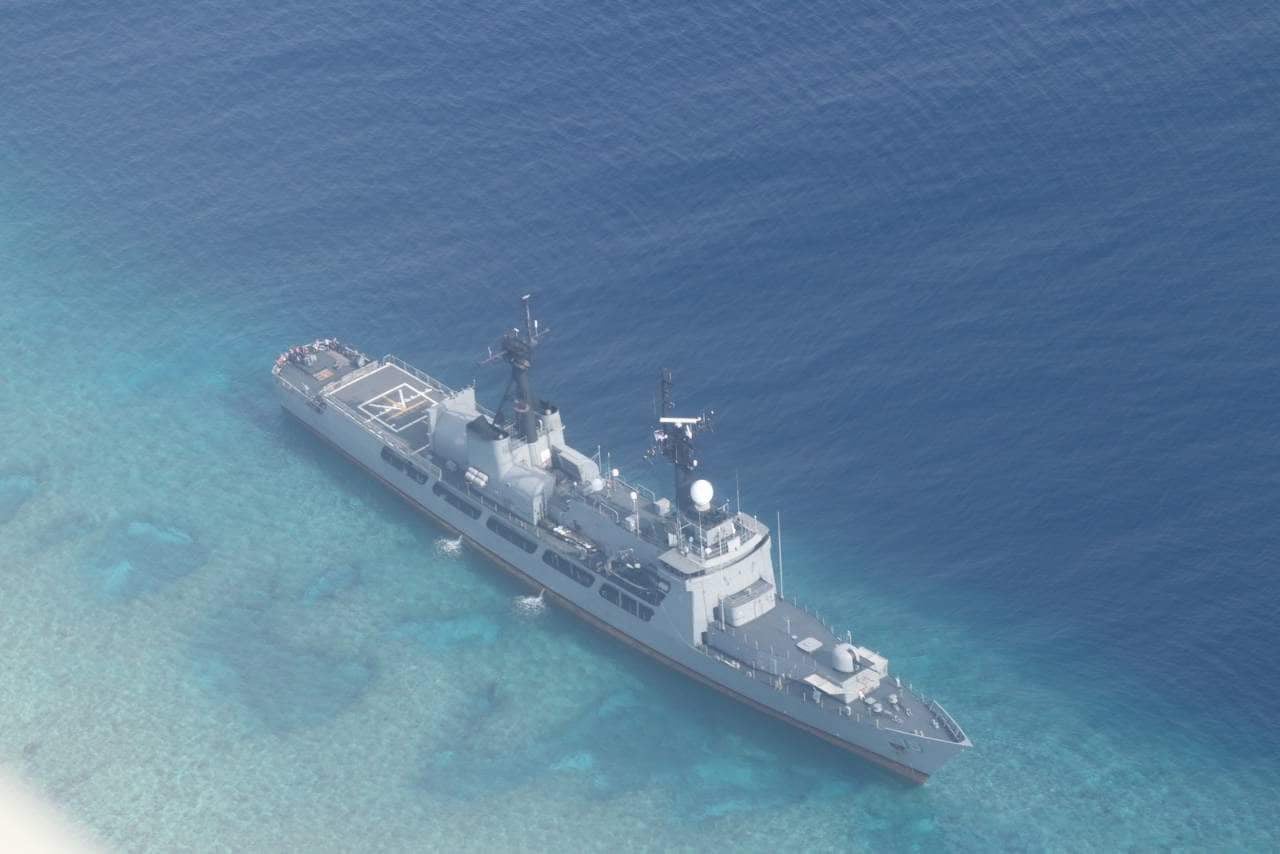 The Philippine Navy’s flagship has run aground near Hasa-Hasa Shoal (Half Moon Shoal) while on routine patrol in the West Philippine Sea, the military said Thursday night.

All working and available water vessels of the Western Command have been dispatched to conduct an assessment, retrieve the stuck vessel and return her to safe harbor, and assist all personnel aboard the warship, Detoyato said.

There were no casualties from the incident.

A separate military report said that based on initial inspection, the warship was “grounded from bow to amidship and propellers were also damaged.”

“The crew inspected all spaces and there were no noted flooding,” it added.

“An investigation is expected in such situations to find out the possible causes of the grounding and to come up with steps to ensure that similar incidents will be prevented,” Detoyato noted.

The BRP Gregorio del Pilar, a former Hamilton-class high endurance cutter of the United Coast Guard, is the lead ship of her class.   /kga