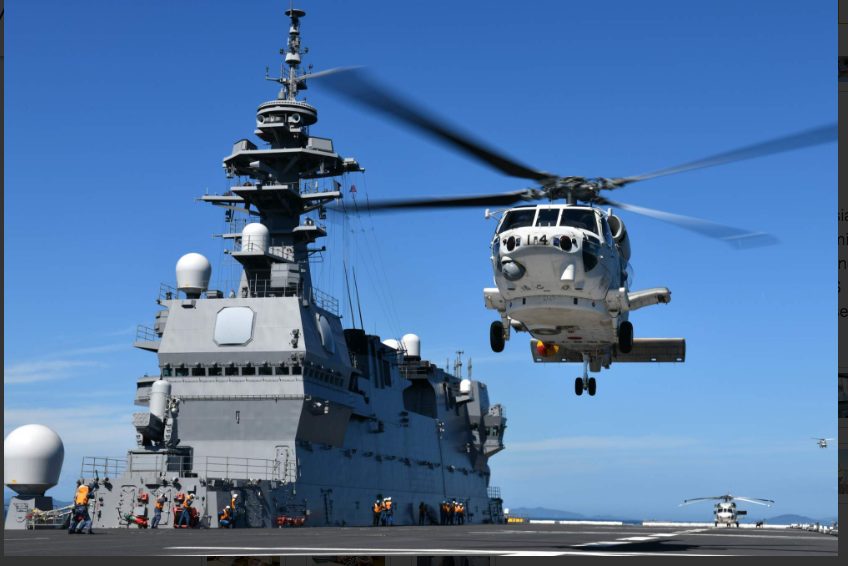 Japan’s helicopter carrier is heading to the Philippines for a five-day port visit this weekend, as part of its two-month tour around the South China Sea and Indian Ocean.

The Navy will welcome about 850 officers and crew.

The warship is also scheduled to visit in India, Indonesia, Singapore, and Sri Lanka as part of its Indo-Pacific deployment.

While it was not directly referred to as a patrol mission, the JMSDF earlier said it hopes to contribute to the “peace and stability” in the region.

Its sister ship, helicopter carrier JS Izumo, also visited the Philippines last year as part of its tour around the South China Sea, seen as Japan’s biggest display of naval power in foreign waters in decades.