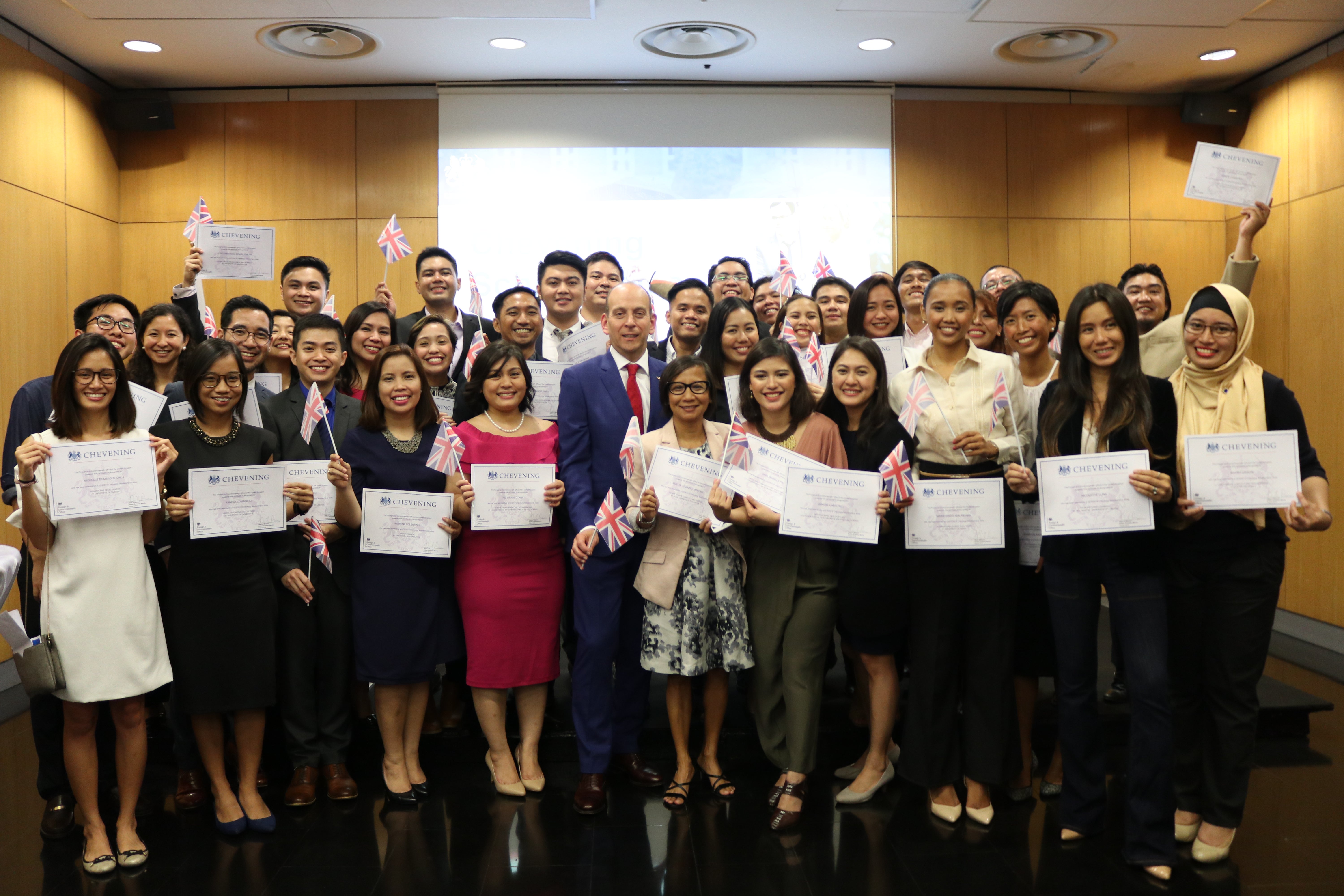 The 36 Filipinos awarded Chevening scholarships are officially welcomed by British Ambassador to the Philippines Daniel Pruce (first row, sixth from left) before they are sent off to London to take up their yearlong postgraduate degrees. PHOTO COURTESY OF THE BRITISH EMBASSY MANILA

The Inquirer’s digital content editor, Sara Isabelle Pacia, heads a record-breaking number of Filipinos who have been awarded the prestigious Chevening Scholarships by the British government to pursue postgraduate degrees in the United Kingdom.

The 36-strong batch for school year 2018-2019 is the biggest contingent from the Philippines since the UK scholarship program began accepting Filipinos in 1984, beating last year’s number of 27 scholars.

Chevening had over 50,000 applicants worldwide this year.

Pacia will pursue a master’s degree in Media and Communications (Data and Society) at the London School of Economics and Political Science.

At the official sendoff for the scholars at the British Embassy on Thursday last week, British Ambassador to the Philippines Daniel Pruce cited the important role the Chevening community played in building bridges between countries.

The 36 Filipinos also include scholars from Zamboanga, Palawan, Dumaguete and Cebu provinces.

The rest of the 35 scholars this year are:

The Filipino students are joining 1,765 scholars from 141 countries.

The Philippines has sent 440 scholars to the Chevening program since 1984.

PAL eyes US court protection from creditors amid COVID-19