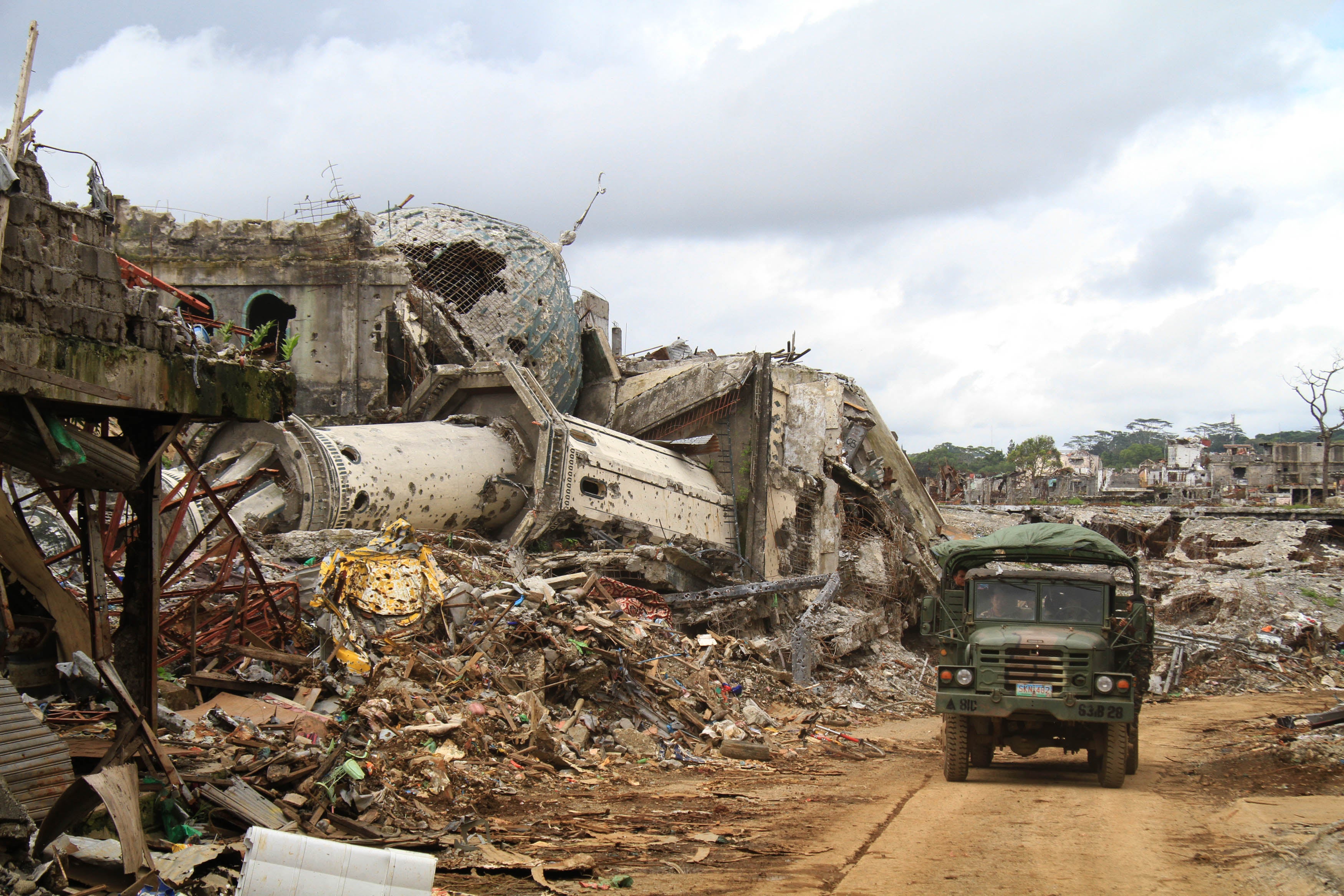 “We are receiving some information and in fact some big developers, actually mga from Indonesia and South Korea, they have signified their intention to participate in the rehabilitation,” Task Force Bangon Marawi chairperson Eduardo del Rosario said in a briefing.

“We have immediate back up just in case there will be a failure of negotiation again,” Del Rosario told reporters in Marawi City.

The government is currently in talks with Chinese-owned developer PowerChina (Power Construction Corporation of China) for rebuilding the war-torn city.

Negotiations with the first developer, Chinese-led Bagong Marawi Consortium, failed last June because it did not meet the “legal, financial and technical requirements.”

“I was told by the selection committee this week that today they will know the exact time table; and if ever the negotiation will be successful or not,” del Rosario said.

He said it would be known by next week if the negotiations with PowerChina will be successful or not.

“If reached, we can give you our definite time table of groundbreaking and eventual rehabilitation of the most affected area,” he added.

Despite the delay in choosing the developer, Del Rosario believes that the rehabilitation remains on track with its schedule — the groundbreaking ceremony is set on Sept. 19 and will be completed by Dec. 2021.

Marawi City was the site of a five-month infighting between government forces and Islamic State last year. After the war, the city was reduced to a wasteland, displacing thousands of residents. /jpv