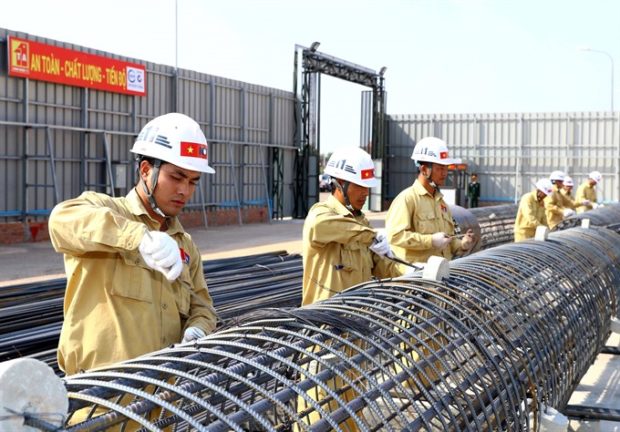 With cross-border labor migration increasing, the question for governments has been how to ensure their citizens enjoy social security benefits abroad.

In light of this, labor authorities from Cambodia, Laos, Myanmar, Thailand and Việt Nam (CLMTV) are working to guarantee migrant workers’ access to social security when overseas.

They met at the two-day 4th senior official meeting on labor cooperation amongst the CLMTV grouping yesterday in Hà Nội.

Allowing workers enrolled in social security programs in their original country to claim their benefits in another country has been an issue that demands action.

While there’s no official record of the number of annual Vietnamese migrant workers, Việt Nam’s Ministry of Labor and Social Affairs (MoLISA) said there are upwards of 76,000 Vietnamese people currently working in CLMTV countries.

The majority of Vietnamese workers concentrate in Thailand with 50,000, followed by Laos with 20,000 and Cambodia with 6,000.

“Most of the Vietnamese migrant workers in Thailand, Laos and Cambodia are independent individual workers. Only a small number are workers deployed to these countries as part of a contracted project or investment,” said Trần Hải Nam, deputy head of the MoLISA’s social insurance department.

Meanwhile, Việt Nam currently hosts to 1,000 workers from countries in the CLMTV area, with the majority coming from Thailand (950), Myanmar and Cambodia with 25 people and Laos with nine.

Việt Nam’s deputy labour minister Doãn Mậu Diệp expressed his hope that the discussions and presentations within the framework of the conference would bring a clearer understanding of migrant workers’ situation, as well as laws and policies in each country of the CLMTV grouping.

The attention paid to migrant workers would bring “practical benefits to the people and economic development of each country,” Diệp said.

The theme of this meeting is in line with attempts to realize the commitments contained in the joint-statement of CLMTV labor ministers in their second convention in August, 2017.

This meeting is also part of the preparations of agenda for the third ministers’ meeting, slated for Cambodia in 2019, deputy minister Diệp said.

Markus Ruck, an expert on social policy from the International Labor Organization (ILO) said at the conference that despite the significant impacts of migrant workers, their benefit protection concerns have not been properly addressed due to each country’s lax regulations and a dearth of bilateral agreements on the issue.