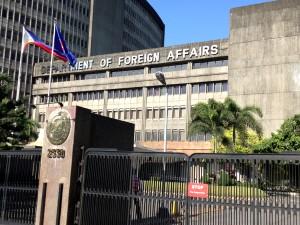 The Department of Foreign Affairs (DFA) condemned on Saturday the suicide attack that happened in Kabul, Afghanistan, which resulted in the killing of 48 students and injured 60 others.

The DFA also called on the public to “respect humanitarian principles” as it extended its condolences to the bereaved families of the attack.

“The Philippines joins the international community in calling for all parties to adhere to and respect humanitarian principles, and ensure the safety and protection of all civilians, especially women and children,” the DFA said in a statement.

“We express our deepest condolences to the affected families and offer our solidarity with the Afghan people in these trying times,” it added.

On Wednesday, a suicide bomber targeted a private education center in a Shiite neighborhood of Kabul where high school students were preparing for their entrance exams.

The attack was being blamed on the Islamic State group. It was also the latest assault against Afghanistan’s Shiite community. /jpv