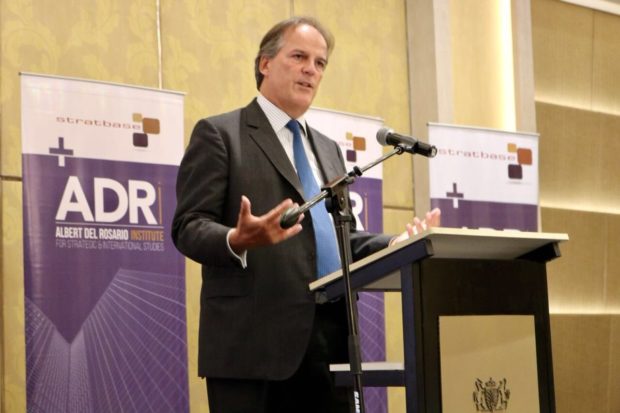 Hon. Mark Field, Minister of State for Asia and the Pacific of the UK’s Foreign and Commonwealth Office. (Photo from British Embassy Manila Twitter account)

“We urge all parties to respect freedom of navigation and international law, including the ruling of the Permanent Court of Arbitration,” said Hon. Mark Field, Minister of State for Asia and the Pacific of the UK’s Foreign and Commonwealth Office.

The ruling on a challenge brought by the Philippines, the United Nations-backed Permanent Court of Arbitration in The Hague invalidated China’s sweeping claims in the South China Sea in July 2016.

The Duterte government, however, set aside the historic ruling in exchange for economic opportunities and friendly ties with China.

In a forum organized by Stratbase Institute held in Taguig City, the British official said that disputes should be resolved through dialogue and not through force, militarization or coercion.

Last June, UK announced that it would send its ships to the region to uphold the rule of law and freedom of navigation.

“We have also deployed two Royal ships to the region — HMS Sutherland and HMS Albion and soon HMS Argyll — meaning we will have an almost unbroken naval presence in the strategically critical Asia-Pacific this year,” Field said.

“One of the first missions of our two vast new aircraft carriers will be to sail through the Straits of Malacca, the route that currently accommodates a quarter of global trade. Not because we have enemies in the region — but because we believe in upholding the rule of law,” he added.

China claims most parts of the South China Sea, including the waters close to the shores of the Philippines, Brunei, Malaysia and Vietnam.

Australia’s ambassador to Manila Amanda Gorley said in the same forum that the South China Sea issue has the potential to undermine the security and prosperity of the region. 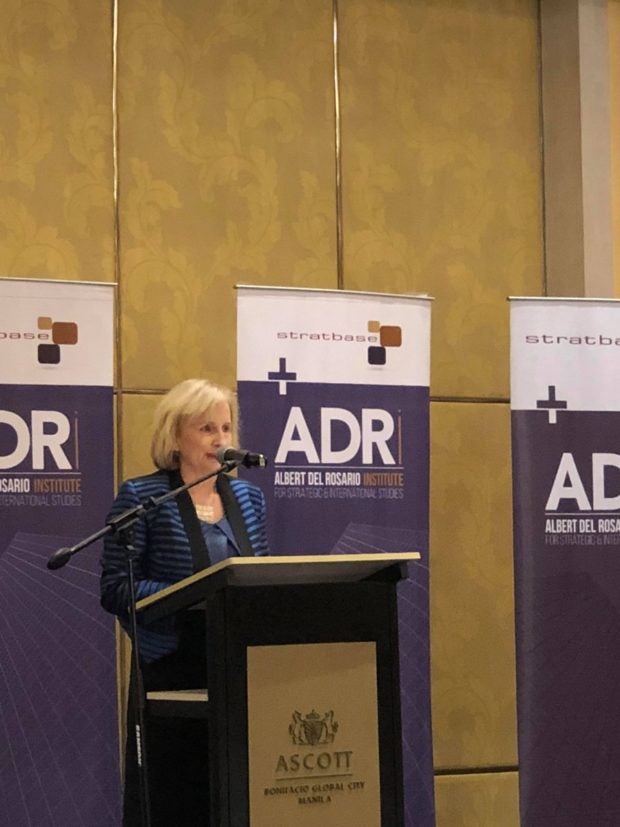 “We believe that disputes should be resolved peacefully and in accordance with international law, which is why we support the dispute settlement mechanism in UNCLOS,” she said.

Saying that freedom of navigation and overflight is essential for Australia, she stressed that “illegitimate restriction” to these rights are “unacceptable.”

Gorely also expressed support to the Code of Conduct for the South China Sea to manage the dispute, but it should be consistent with the United Nations Convention on the Law of the Sea (UNCLOS).

“The Code of Conduct should not prejudice the interests of third parties or the rights of all states under international law, including UNCLOS. [It] should reinforce existing regional architecture and Asean’s centrality, and it should strengthen parties’ commitments to cease actions that would complicate or escalate disputes, particularly militarization,” she said.  /muf