PAF gets US tech for sea patrols 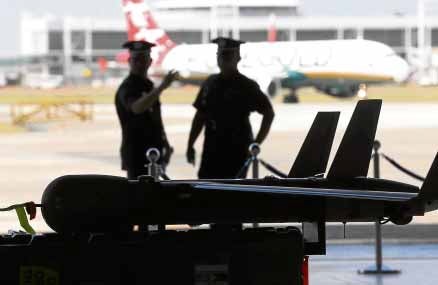 LOYAL ALLY The United States has been pouring aid into the Philippine military in the form of equipment, like these surveillance drones turned over by the US government to the Philippine Air Force in March. —LYN RILLON

The Philippine Air Force (PAF) on Tuesday received from the United States a system upgrade for its maritime patrol operations, particularly at the West Philippine Sea.

The Special Airborne Mission Installation and Response (Sabir) system, worth P807 million, would be fitted in one of the PAF’s C-130 planes.

The Department of National Defense said it could acquire more of the planes to devote one to intelligence, surveillance and reconnaissance operations.

“It’s huge,” he said. “We didn’t have this capability before.”

“We are very proud to be able to make this contribution,” he said. —Jeannette I. Andrade