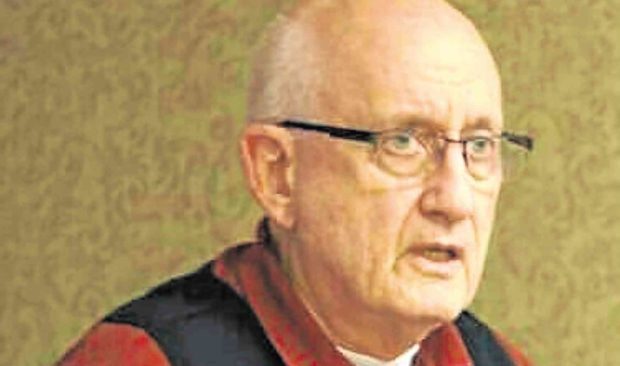 The elderly Australian professor who has been held for days at the Ninoy Aquino International Airport (Naia) denied supporting communist terrorist groups, which he said has been alleged by the National Intelligence Coordinating Agency (NICA).

“That is preposterous. It seems that in the Philippines today almost anyone can be labelled a terrorist or in association with terrorists. I deny the accusation. I certainly am not a supporter of terrorism from whatever source,” Gill Boehringer said in a statement forwarded to the media by the National Union of Peoples’ Lawyers on Monday.

The 84-year-old professor vehemently denied that he attended a protest in February 2018, claiming that he went on an educational trip to a primary school for indigenous (lumad) children in the mountains of the Caraga region.

He also denied joining a rally during an Asia-Pacific Economic Cooperation (APEC) meeting in November 2015.

“The legality, or not, of attending such a rally is a vexed question at the present time. I will not enter that debate at this point. What I will say is that I did not attend that rally. The charge is false,” he said.

Boehringer arrived in the country last Wednesday and has been under NAIA custody since due to his inclusion in the Bureau of Immigration’s (BI) blacklist for allegedly joining a rally— an act prohibited for foreigners.

The professor also said the government has no basis to ban his entry to the country.

“I believe there is no basis for my exclusion from the Philippines in what was an educational experience for myself, the others who travelled with me into the mountain district, and also, I like to think, for those we met with there,” Boehringer said.

“I have instructed my lawyers to contest all allegations against me, and to seek the lifting of the ‘blacklist,’ the ‘watchlist’ and the exclusion order,” he added. /je