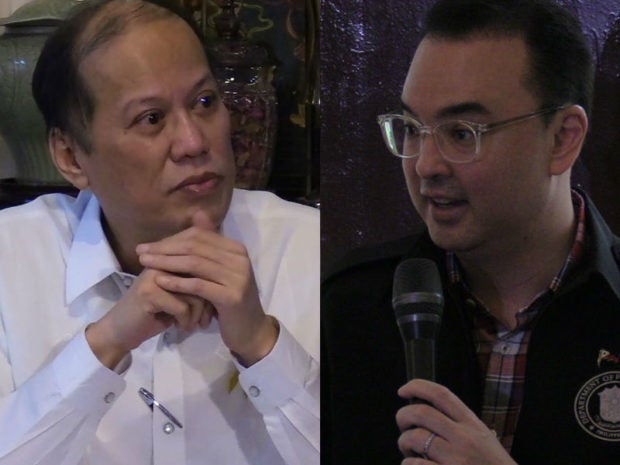 Enlighten Filipinos on the events that led to the current situation in the West Philippine Sea instead of “trivializing the issue,” Foreign Affairs Secretary Alan Peter Cayetano dared former President Benigno Aquino III in the second open letter he posted on Facebook on Monday.

“I appeal to your deep sense of patriotism and request that you just please answer the questions I posed a few days ago instead of trivializing the issue,” Cayetano said. “Merely unleashing your attack dog, Sen. Antonio Trillanes IV, or asking the public to just Google are not helping the situation for our people and our government.”

Cayetano said that looking for answers online would lead to more questions and “far more serious problems that emanated from an unclear chain of command, serious miscalculations, and the absence of an end game for the country.”

“Sir, you asked for transparency yet you refuse to be transparent,” Cayetano said. “This is not about our present playbook but yours. Your playbook is something already known to the Chinese government and yet you refuse to share this and other facts with our people who knew nothing about it.”

Aquino last week asked Cayetano to be as “transparent as his hairstyle” when it comes to dealings with China.

In his first open letter, posted on Facebook on Friday, Cayetano said Aquino chose to “play with words” instead of explaining how his administration lost control of the Scarborough Shoal in 2012 and why Trillanes was ordered to conduct backchannel talks with China.

Trillanes earlier called Cayetano a “political snake” over the his word war against Aquino.

The senator said that Cayetano was still an ally of the Aquino administration when the Scarborough standoff occurred.

Cayetano denied this, saying that the opposition senator is “again trying to confuse our people.”

“I was neither your close ally nor your enemy,” Cayetano said. “I was the Minority Leader, not a member of the majority at the height of the controversy on the West Philippine Sea.”

Cayetano also posed several questions to the Aquino such as the role of Trillanes in the backchannel talks with Beijing. /atm