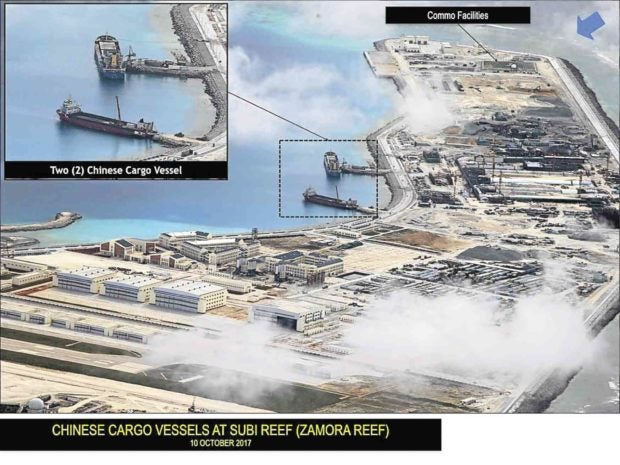 Citing unidentified intelligence sources, CNBC said the tests mark the first known use of the equipment since their reported deployment early this year.

These electronic warfare assets are designed to “confuse or disable communications and radar systems.”

The testing of these electronic warfare assets comes after China’s reported deployment of antiship cruise  and surface-to-air missiles in the three of its biggest outposts in the Spratly Islands.

These deployments would allow them to continue asserting their territorial claims in the disputed waterway.

While China claims their bases in the South China Sea are for nonmilitary use, it has equipped them with runways, hangars, radars, sensor arrays, missile shelters and underground storage areas.

The Philippines, Vietnam, Malaysia, Brunei and Taiwan also have overlapping claims in the South China Sea, believed to be rich in fish and oil and gas reserves.