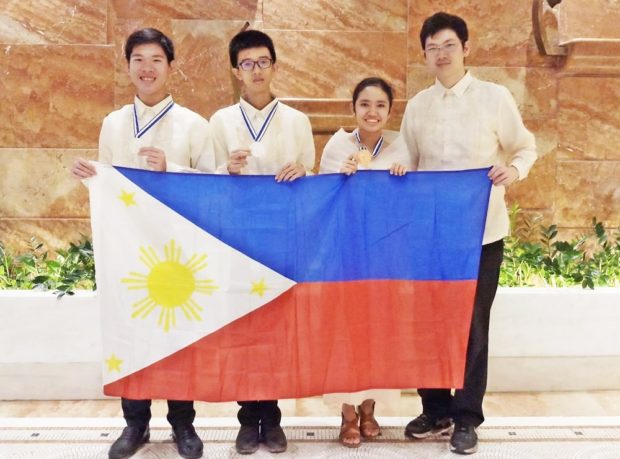 Ko and Chua were awarded silver medals, while Algenio was awarded a bronze medal after the contest, which was conducted from June 19 to June 24 in Greece.

“We congratulate our three contestants for winning medals in the math competition. This is another honor for our country,” MTG President Dr. Isidro Aguilar said.

The MTG, which is a group of math experts who prepares students for international math competitions, supervised over the training of the three students

According to the contestants, this year’s contest was not a walk in the park as they were faced with challenging questions.

“This year’s JBMO was a mixture of handleable and challenging problems.  Some of them only required a direct flow of logic while the others needed very specific observations in order to advance in the problem,” Ko said.

“It was not easy to think of ideas that could help us make progress in solving each problem,” Ko added.

For Chua and Algenio, the problems were mind-boggling, requiring them to be a little bit creative.

“Although the problems seemed straightforward, they were designed in such a way that we were challenged to really think out of the box while being pushed to the limit,” Algenio noted.