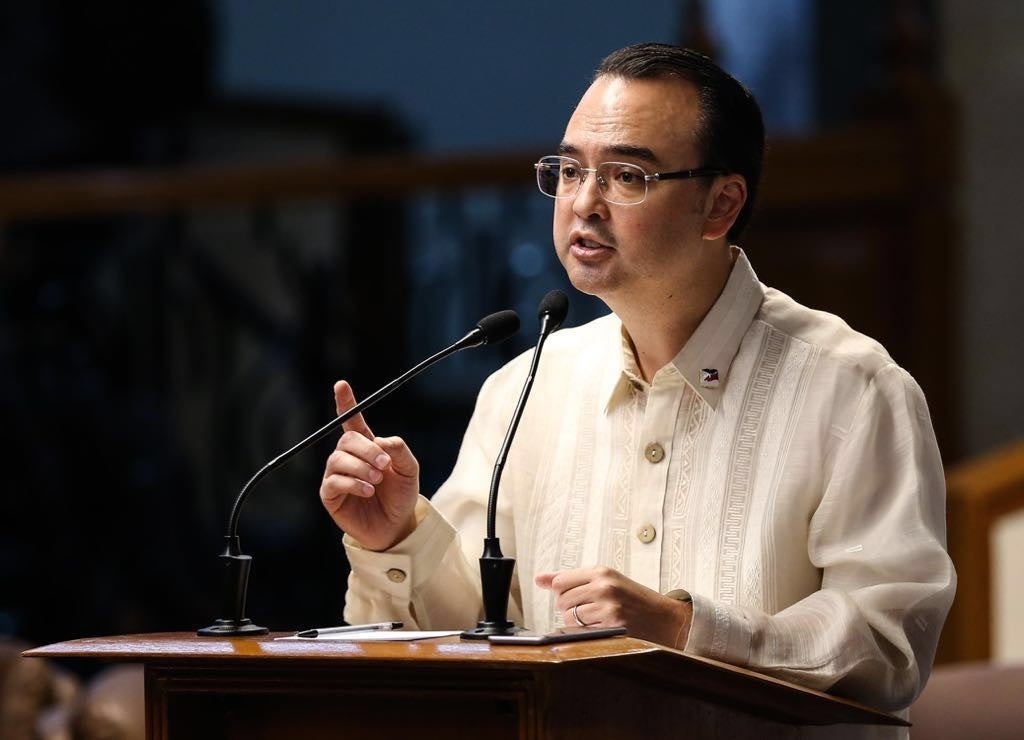 Cayetano hit out at the two most vocal critics of President Duterte’s policy on the South China Sea for insisting that China had control over Sandy Cay, a sandbar located about 4.6 kilometers from Philippine-occupied Pag-asa (Thitu) Island in the Spratly archipelago.

“They are absolutely liars,” he told CNN Philippines, referring to Carpio and Alejano. “They are liars. They are trying to take down the government. They are lying left and right about it.”

Cayetano, however, refused to take on Alejano’s challenge for him to sail to Sandy Cay and disprove the lawmaker’s claim that Beijing had seized control of the sea feature.

‘Not prudent for me’

“He wants to challenge me to go there to create an issue because a foreign secretary of one [of the claimant-states] is going there to claim [the area],” he said.

“It won’t be prudent for me to go. But of the 110 million Filipinos, will our territorial claim be proven only if I go there? If any other Juan dela Cruz would go there, wouldn’t their presence be enough?”

“By any yardstick, this is seizure of Philippine territory,” Carpio claimed.

Alejano also disclosed that China had planted its flag on another sand cay located 12.6 km northeast of Kota (Loaita) Island, near the limits of the country’s 370-km exclusive economic zone.

But Cayetano reiterated that the Philippines still controlled Sandy Cay.

“No one built on Sandy Cay. It’s uninhabited and it’s just next to Pag-asa. So we’re free to patrol there. Our fishermen can go there,” he said.

Sen. Loren Legarda, chair of the foreign affairs committee, said on Friday that in a bid to “diffuse tensions” in the disputed waterway, the Senate would determine how best to respond to China’s aggressive actions.

“We will soon conduct a public hearing and I will work with my colleagues, including the committee on national defense and security, in determining how best to support current initiatives to diffuse the tension, while at the same time protecting our sovereignty and territorial rights,” she said in a statement. —WITH A REPORT FROM DJ YAP