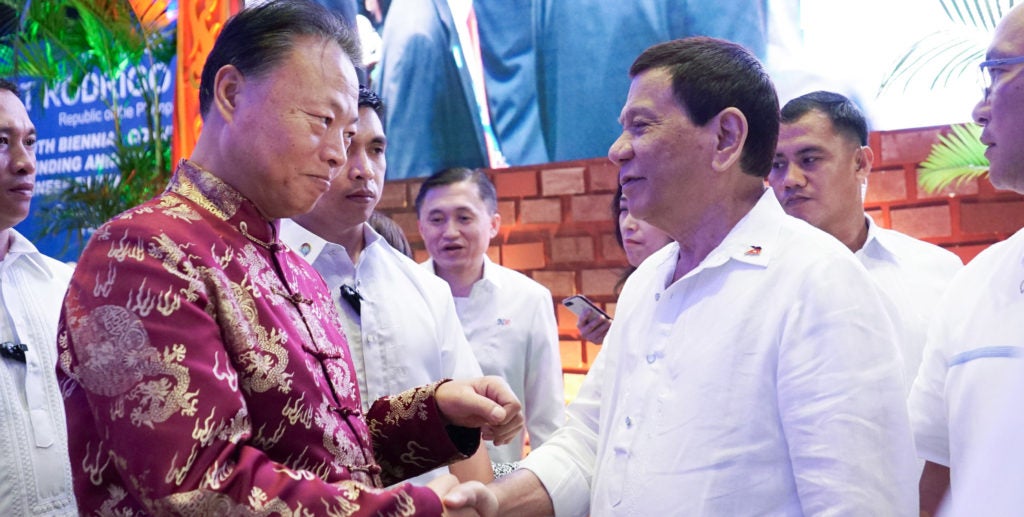 KAWIT, Cavite – President Rodrigo Duterte has informed Chinese ambassador Zhao Jianhua about the country’s concern over the action of the Chinese coast guards taking the catch of Filipino fishermen at Scarborough Shoal.

Duterte and Zhao had a brief talk inside Aguinaldo’s house here as Duterte led the 120th Independence Day celebration.

“President Duterte shared his concern about the Filipino fishermen,” Zhao told reporters after the event.

The Chinese envoy cited that the Philippines and Beijing had reached a “friendly agreement,” which allows Filipino fishermen to fish at Scarborough, a fishing ground within the Philippines’ Exclusive Economic Zone that Beijing seized after a two-month standoff with the Philippine Navy in 2012.

“This arrangement has not changed and will not be changed,” he said.

The Chinese government, he said, was already conducting a “very serious” investigation on the incident.

“We are conducting a very serious and responsible investigation over the alleged confiscation of the catch of the Filipino fishermen but the initial investigation of both sides reflect that this is not harassment, this is not confiscation, it is some sort of barter trade, which have been going on for quite some time,” he said.

“When your fishermen need food, particularly when they need food, water, the Chinese fishermen, Chinese Coast Guard will exchange these with their catch,” he added.

Rommel Cejuela, a fisherman from Masinloc, Zambales, claimed on Monday that the Chinese Coast Guard remains in the disputed shoal.

Zhao said the incident was now being investigated by China.

“There will be discipline in accordance with our own regulations. I’m not sure about the details because it will be, the investigation is being conducted by competent agencies and they have their own corresponding regulations,” he said.

He assured Filipino fishermen that they could go back to the shoal and fish there.

“That means they can go back and fish there freely so we will check and if there is any misconduct conducted by the Chinese coast guards, those individuals will be punished and the rules will be there,” he said.

“As a rule, we do not allow Chinese Coast Guards to do whatever, to do anything that is harmful to the Filipino fishermen,” he added.

Zhao also responded to concerns that large Filipino vessels were not allowed at Scarborough.

“Well, I think it’s a mutual understanding. Both sides will only allow fishermen to go there.  Up until now, we do not encourage commercial fishing, the large giant fishing vessels, there because we also have a responsibility for protecting the species of the fish and also the environment there,” he noted. /kga