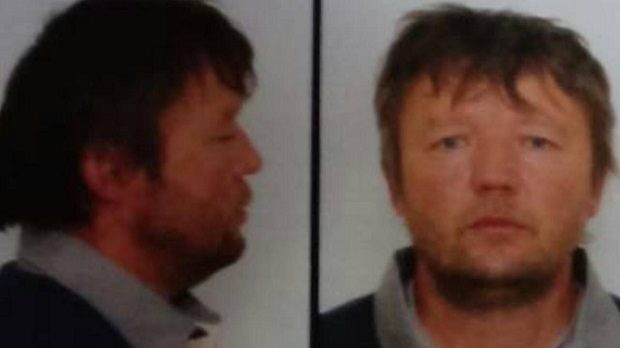 Norwegian Helge Stensland reportedly fled to the Philippines in April 2018 while facing charges in Norway for killing his brother in 2016. BUREAU OF IMMIGRATION PHOTO

Immigration officers have arrested a Norwegian fugitive wanted in his homeland for fatally stabbing his brother in 2016.

Morente, citing information from Norwegian authorities, said Stensland and his brother, Audun, had an altercation and a fistfight at the fugitive’s home in Oslo in 2016.

LOOK: @ImmigrationPH arrests 52-year old Norwegian fugitive Helge Stensland in Sta. Cruz, Laguna. He was wanted by authorities in Norway for fatally stabbing his brother at a party @inquirerdotnet pic.twitter.com/2XyXzl9Ghf

During the fight, Stensland stabbed his brother in the chest with a knife, hitting the latter’s heart that led to his death, the BI chief said.

“During the trial, Stensland invoked self-defense as the cause of his brother’s death, although prosecutors charged that he should be held liable for murder,” Morente said in a statement.

“Stensland’s crime was ruled as a homicide as the court held that he did not intend to kill his brother when he fatally stabbed him during the incident,” he said.

Stensland was sentenced by a Norwegian court to seven years in prison and was ordered to pay $220,000 in damages to the victim’s widow and four children.

However, instead of complying, Morente said the Norwegian fled to the Philippines on April 11 this year.

“His case was under appeal and was scheduled for hearing when authorities learned that Stensland and his family had disappeared and had fled to the Philippines,” Morente said.

Bobby Raquepo, BI fugitive search unit chief, said that Stensland had been frequenting the Philippines for the past two decades as he was married to a Filipina with whom he had two children.

Morente said they were processing Stensland’s deportation and inclusion in the blacklist order. /cbb