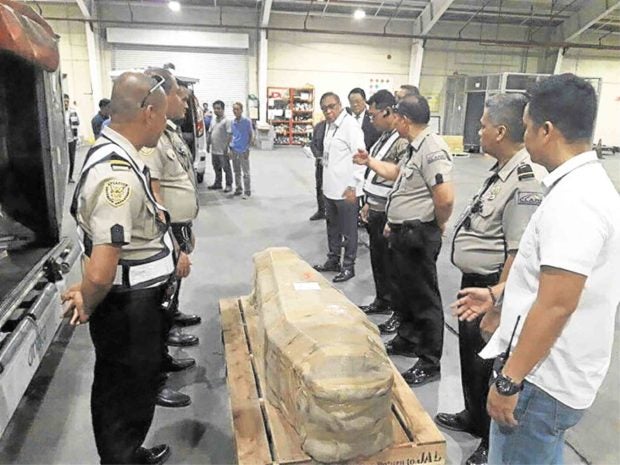 JOURNEY HOME The casket bearing the remains of Jastine Valdez arrives at Clark International Airport and is prepared for transport to her native Nueva Vizcaya. —CONTRIBUTED PHOTO

The remains were accompanied by Jastine’s parents, Danilo and Teresita Valdez, and Raul Dado, an employee of the Department of Foreign Affairs.

Jastine was abducted and murdered by 40-year-old Mark Hennessy in South Dublin, Ireland, who was killed following a police manhunt on May 20. Jastine was scheduled to return home on July 2 for a vacation. She moved to Ireland to be with her parents three years ago and was completing an accountancy course.

“May God’s comforting mercy be upon the whole family,” said relative Ferdinand Valdez, when Jastine’s remains arrived at 2 p.m.

“I am saddened by the news that a very young student seeking a bright future abroad passed away in a very unfortunate moment and circumstances. My deepest condolences to her bereaved family,” said Nueva Vizcaya Governor Carlos Padilla in a statement.

Mark Christopher Congdon, honorary consul for the Philippines in Ireland, said 70 Filipinos gathered in prayer at the Blessed Sacrament Chapel in Dublin on May 21 when Jastine’s body was found.