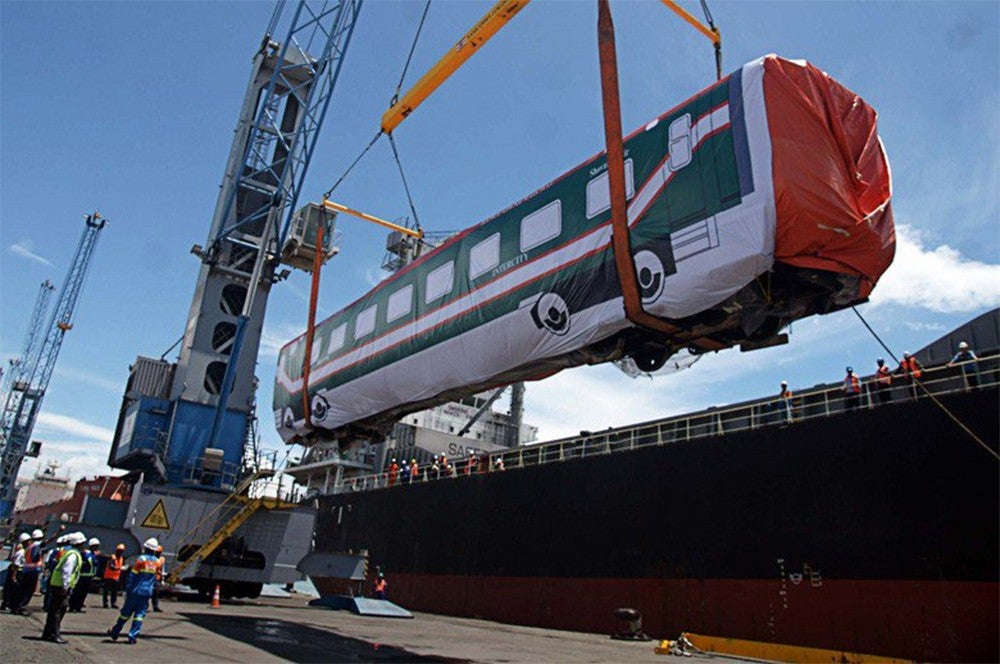 A train car produced by train manufacturer PT Industri Kereta Api (INKA) is lifted onto a cargo vessel at Tanjung Perak Port to be sent to Bangladesh. The Jakarta Post/Asia News Network/Wahyoe Boediwardhana

Previously, INKA and PNR also signed a purchase agreement for two sets of diesel-powered trains in January with a contract value of $9.7 million.

“The [State-Owned Enterprises] Ministry will continue to support PT INKA in its expansion,” said Minister Rini Soemarno in a statement recently.

Previously, INKA also announced a deal worth Rp 1.3 trillion (US$92 million) to supply locomotives to Zambia, marking its first foray into the largely untapped African market.

It is also looking at the possibility of exporting to other African countries, including Nigeria, Sudan, Mozambique and Egypt, as well as in Asian markets like Bangladesh, Malaysia, Thailand, Singapore and Australia, among others.

Teen gunned down in Masbate

Search on for 5 Indonesians snatched anew in Lahad Datu