Duterte: I won’t go to war I can’t win 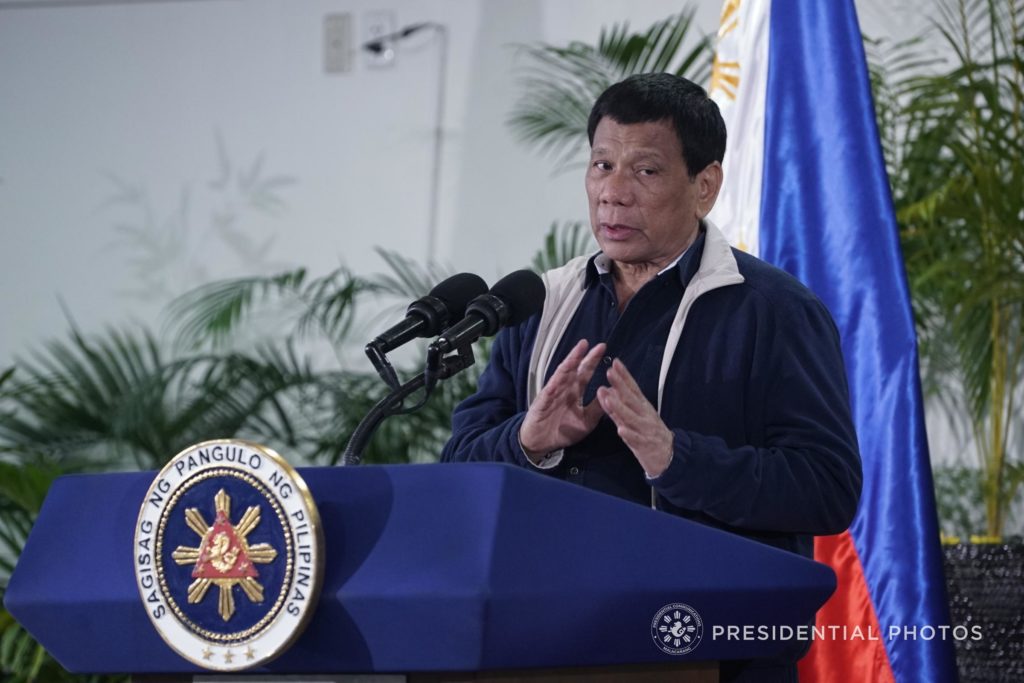 President Rodrigo Duterte on Tuesday said he had wanted to take “stronger” and “violent” action in asserting Philippine sovereignty in the South China Sea, but realized that such a move would mean great losses for the country in a confrontation with China.

Speaking at the 120th anniversary of the Philippine Navy at Coconut Palace in Manila, the President said he did not want to go to a war that he could not win.

“Whether you accept it or not, that’s the reality on the ground,” the President said.

He had long been saying the Philippines did not have military muscle to confront China over their territorial dispute in the South China Sea.

He had long been saying he preferred friendship with China, which, according to him, is economically beneficial to the Philippines.

That doesn’t mean to say, however, that his administration is not doing anything to defend Philippine sovereignty in the South China Sea, according to Malacañang.

On Tuesday, the Palace insisted that the administration was doing something, though it was “not making a big deal out of it.”

Opposition lawmakers and acting Chief Justice Antonio Carpio have called on the government to protest China’s deployment last week of long-range, nuclear-capable bombers on Woody Island, in the Paracel archipelago, putting all of Southeast Asia, including the Philippines, within its striking range.

Carpio on Monday also urged the Philippines and other claimants to join forces and oppose China’s militarization of the South China Sea.

Asked about Carpio’s remarks, presidential spokesperson Harry Roque on Tuesday said: “Let me just say that just because we have not always said anything in that regard does not mean we are not doing anything.”

Roque said the government was taking diplomatic initiatives, but it was “not making a big deal out of it.”

One of those initiatives, he said, was getting the Association of Southeast Asian Nations to issue a statement on the territorial disputes in the South China Sea during its last meeting in Singapore.

Asked for comment on China’s statement on Monday that the South China Sea islands it was militarizing were “Chinese territories,” Roque said the government would insist on Philippine sovereignty but at the same time move on with its bilateral ties with China. —With a report from Vince F. Nonato