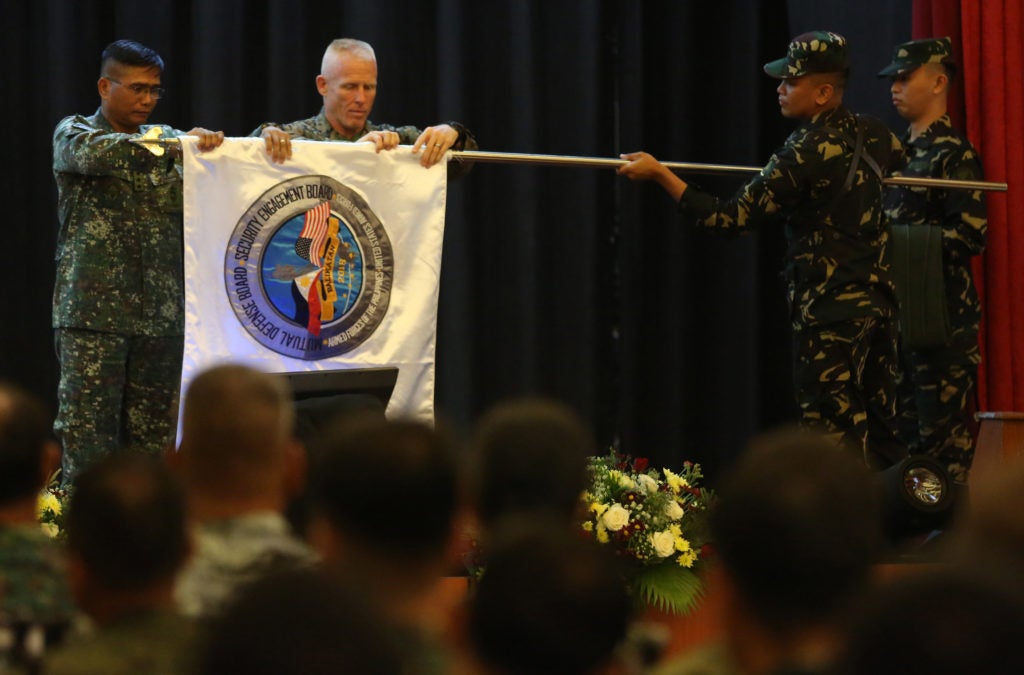 The Philippine military on Friday assured Filipinos it would defend the country’s territory amid growing fears that Chinese forces were becoming more emboldened in militarizing the West Philippine Sea.

“Your Armed Forces are always aware and will not renege on our beholden constitutional duties to protect our sovereignty and maintain our territorial areas,” military spokesperson Col. Edgard Arevalo told reporters at the end of the annual US-Philippines “Balikatan” exercises.

Reports that China had installed radar-jamming equipment, landed military planes and installed missiles on artificial islands on at least three reefs claimed by the Philippines in the West Philippine Sea had confirmed warnings by military analysts and even by Supreme Court Senior Associate Justice Antonio Carpio that China was militarizing and aggressively expanding its foothold in the region.

Carpio’s frequent advice to file a formal protest against Chinese activities has been ignored by President Duterte, whose policy has been to warm up ties with Beijing.

Mr. Duterte has repeatedly said he would not go to war against China over the West Philippine Sea.

“Why will I go to war for a battle that I cannot win? I would be a fool,” he said on Wednesday.

Arevalo said “maritime and aerial patrols are continuing” and the military was engaged in “other things” to secure the country’s territory but could not give details “because these are operational matters.”

AFP Chief of Staff, Gen. Carlito Galvez Jr., declined to comment on the Chinese missile deployments, deferring to the Department of Foreign Affairs to react to reported Chinese activities in the West Philippine Sea.

Magdalo Rep. Gary Alejano, a former Philippine Marine officer, said the Armed Forces of the Philippines were staying “true to their mandate” but “cannot contradict the public pronouncements and defense policy directions of the President, no matter how vague and absurd they may be.”

“I feel and understand the AFP. Many are having difficulty understanding what the President is doing about China but they can’t speak up,” he said.

The AFP often flaunts the US-Philippine security alliance, which the two longtime allies have bolstered through bilateral military exercises, the biggest of which is the “Balikatan.”

Around 5,000 Filipino and 3,000 American troops participated in this year’s “Balikatan” exercises.

“‘Balikatan’ has and will continue to prepare our Armed Forces to work together to confront any and all challenges that may jeopardize the mutual defense that we have worked so hard to provide for one another,” said Brig. Gen. Thomas Weidley of the US Marine Corps.

Among weakest in Asia

The Philippine military is one of the weakest in Asia and has long relied on US excess or refurbished equipment to boost its capabilities.

Two retired US Coast Guard cutters were donated by US President Barack Obama’s administration to the Philippines, making them the “newest” warships of the Philippine Navy.

Mr. Duterte has turned to China and Russia for additional military assistance, receiving assault weapons, sniper rifles and ammunition from the two countries last year. —WITH A REPORT FROM JEROME ANING