DFA asks Filipinos in Indonesia to be vigilant amid bomb attacks 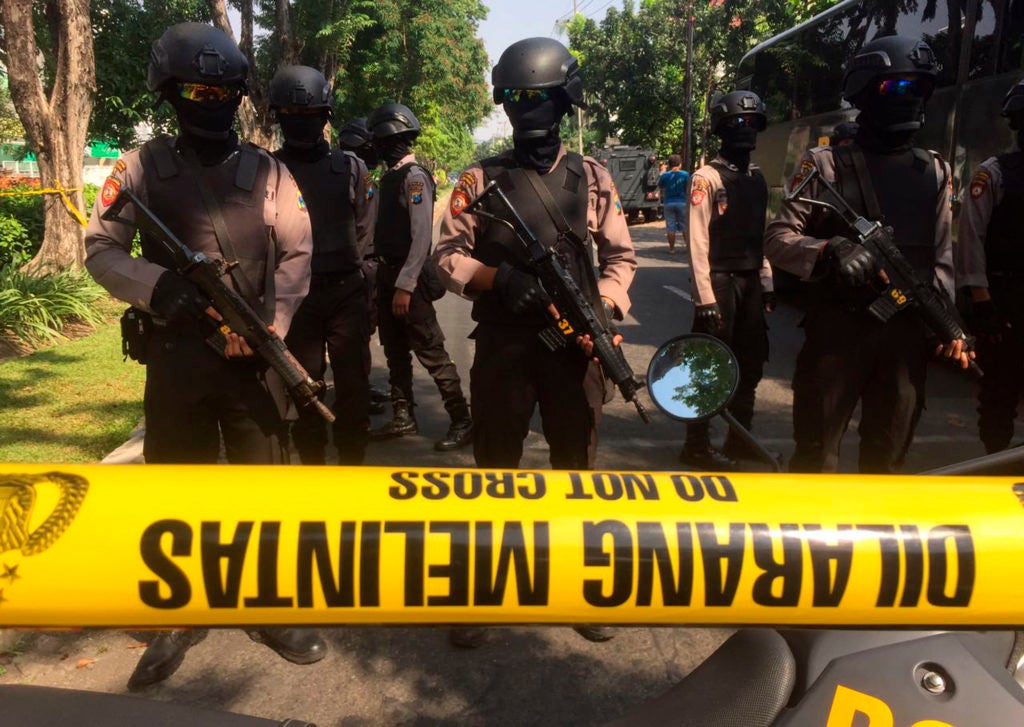 Police officers stand guard near the site where an explosion went off at Santa Maria church in Surabaya, East Java, Indonesia, Sunday, May 13, 2018. Media reports say simultaneous attacks on churches in Indonesia’s second largest city of Surabaya have killed a number of people. (AP Photo/Trisnadi)

Filipinos living in Indonesia were advised to remain vigilant and to limit their movement amid series of suicide bombings in Surabaya, the country’s second largest city.

In a statement on Tuesday, the Department of Foreign Affairs (DFA) said the Philippine Embassy in Jakarta is in touch with the members of the Filipino community in Surubaya.

DFA said more than 250 Filipinos are residing and working in the city, while more than 8,000 are working across Indonesia.

“The Department has not received any information from the Embassy that would indicate any Filipino casualties in the bombings,” DFA said.

Indonesian police said coordinated suicide bombings were carried out by members of the same family against three churches.

At least seven people died at the churches along with the six family members – two of them were girls aged 9 and 12. Another 41 people were injured.

DFA vowed to continue monitoring the situation in Surabaya and asked Filipinos to contact the Philippine embassy should they need immediate assistance.