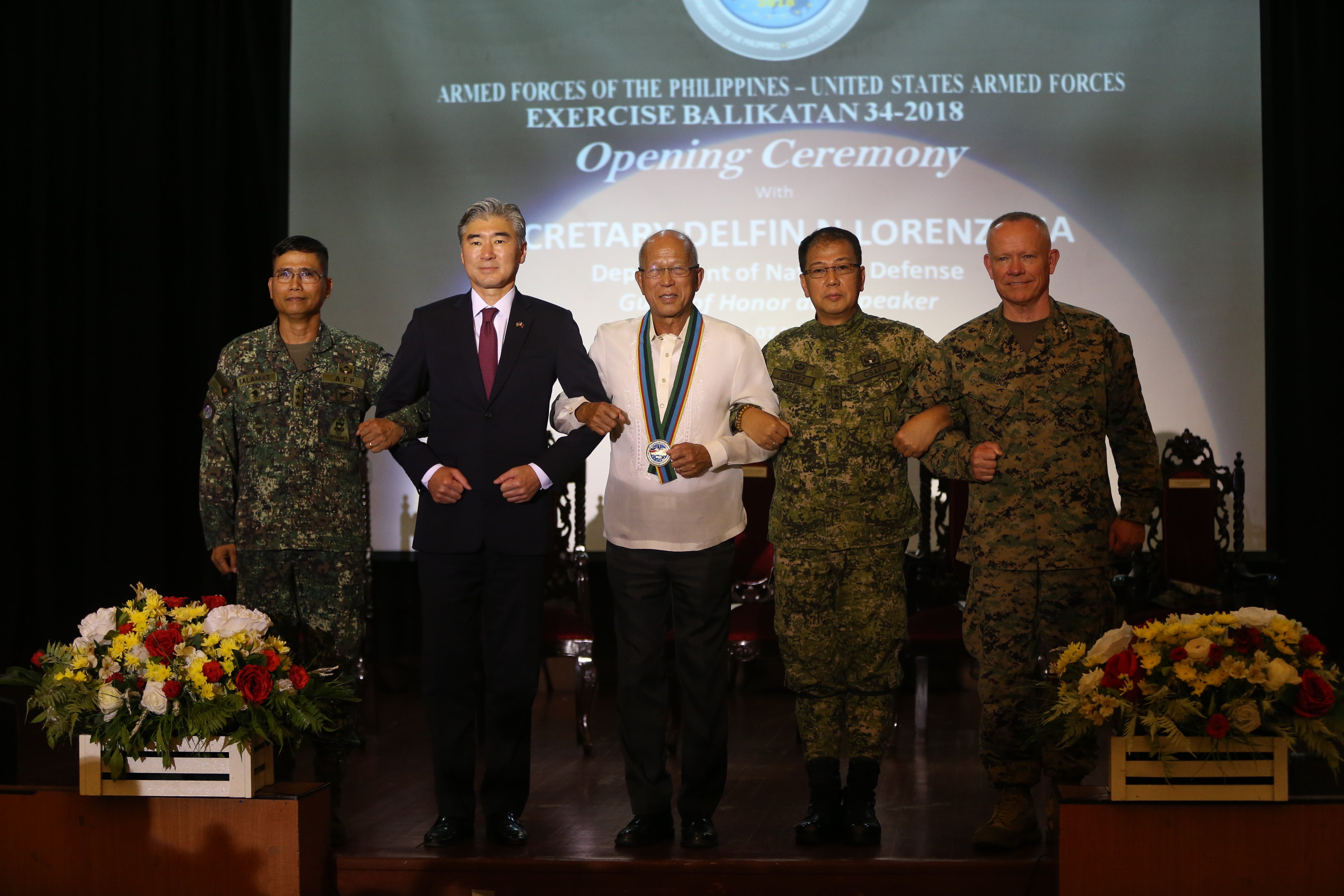 SAN ANTONIO, Zambales — At a naval base facing the South China Sea, hundreds of Philippine and US marines retake a “threatened” area as part of their annual military drills.

Lt. Gen. Emmanuel Salamat, Philippines Balikatan exercise director, said their objective was to secure a “threatened” area from an “enemy.”

About 180 Filipino marines and 160 of their US counterparts participated on Wednesday’s amphibious landing exercise for this year’s Balikatan drills.

The marines stormed the shoreline after they were ferried from the landing craft utility assets of BRP Davao del Sur. The BRP Ramon Alcaraz could also be spotted from afar.

Three amphibious assault vehicles of the US military also were used in the exercises.

This year is the largest military exercise of the two countries under President Rodrigo Duterte, who had previously threatened to scrap the exercises due to his animosity toward the US and its policies.

About 8,000 Filipino and US soldiers are participating in the annual exercises that will be held for 10 days.

Salamat said the drills, while held 180 kilometers from Scarborough Shoal in the South China Sea, have nothing to do with China’s progressing militarization of the disputed waterway.

The recent report on the alleged deployment of missiles of China in the Spratlys has raised concerns from US, Vietnam, Philippines and other countries.

“The objective is to capture a threatened area that we consider an enemy haven,” he told reporters.

“It has nothing to do with anything else. Our focus is our military-to-military cooperation. We will focus on the training objectives and completing the tasks required to complete for each training modules for Balikatan,” Salamat said.

He added that the exercises are important as the Philippines is “an island nation.”

“This could happen anywhere especially in Mindanao….We need to improve our capabilities on amphibious operation because we have more islands than land mass,” Salamat said. /jpv