Duterte on Time cover: I’m not a monster | Global News

Duterte on Time cover: I’m not a monster 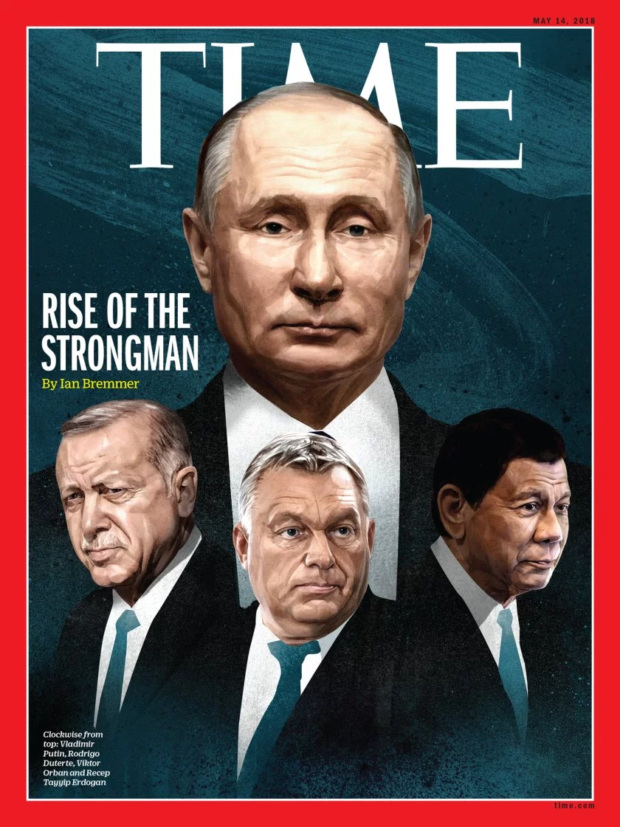 President Rodrigo Duterte took offense at the cover photo of the international edition of the Time magazine, saying he looked like a “monster.”

In its May 14, 2018, edition, Duterte landed on the cover of Time titled “Rise of the Strongman,” along with Russian President Vladimir Putin, Hungarian Prime Minister Viktor Orban, and Turkey President Recep Tayyip Erdogan.

The President then slammed Time for including him on the list of dictators.

“T*** i** itong Time Magazine na ‘to. Nilagay ako doon sa mga despot. Hindi naman ako… Ba’t diktador ba ako?” he said. “Since when? Since when did I send somebody to prison for just talking against me? Sige nga.”

The 72-year-old chief executive had earlier said he was not a strongman contrary to Time’s depiction of him. /atm