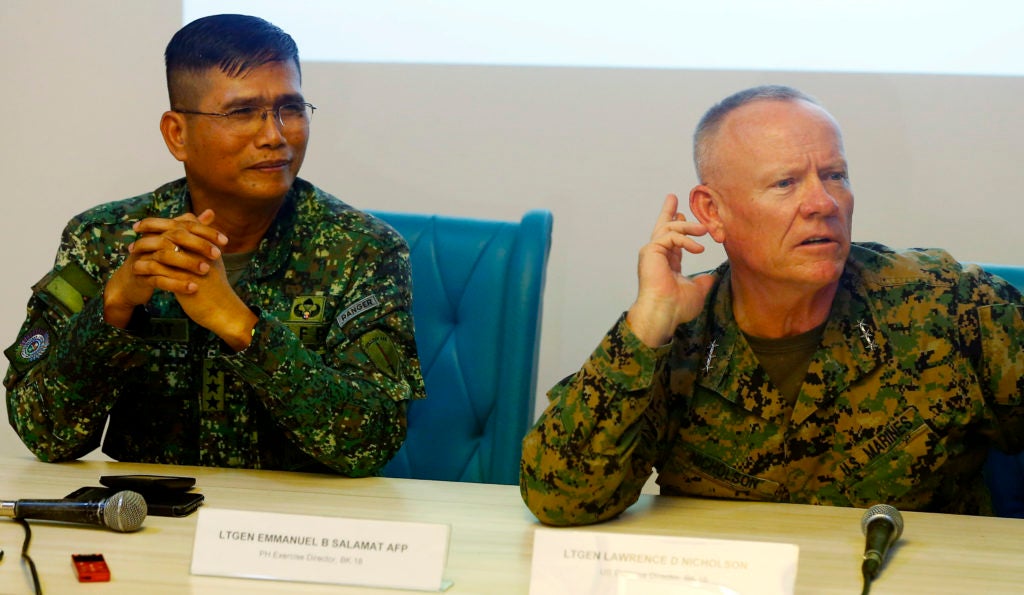 The Armed Forces of the Philippines (AFP) has changed its mind in disallowing the media from covering the joint field military exercises for the Balikatan.

“We don’t have an official declaration that we do not want coverage for the exercises. You can cover all the exercises except those that are restricted that requires safety,” Philippines Balikatan exercise director Lt. Gen. Emmanuel Salamat told reporters Monday.

The military earlier issued an advisory to the media to cover the amphibious landing at the Naval Education Training Command in San Antonio town of Zambales on May 9. As well as the combined arms live fire exercise at Col. Ernesto Rabina Air Base or Crow Valley in Tarlac on May 15.

But on Thursday last week, the military said the Crow Valley event is already closed to the media, and then on Sunday, it said, the exercises in Zambales will no longer be open to media coverage as well.

The Philippines and United States formally opened the Balikatan exercises at Camp Aguinaldo. The drills, which will be held from May 7 to 18, will be held in various areas in Luzon.

Prior to the start of the program, some sources said that the media ban was a “mutual agreement” of both countries. But at a press conference after the opening ceremony, Salamat clarified that only the Crow Valley event is closed to media coverage because of security considerations.

“I’m formally telling you that you can cover the amphibious landing…The intent of the exercise is to make sure that our interoperability and cooperation are effective,” Salamat said. /kga