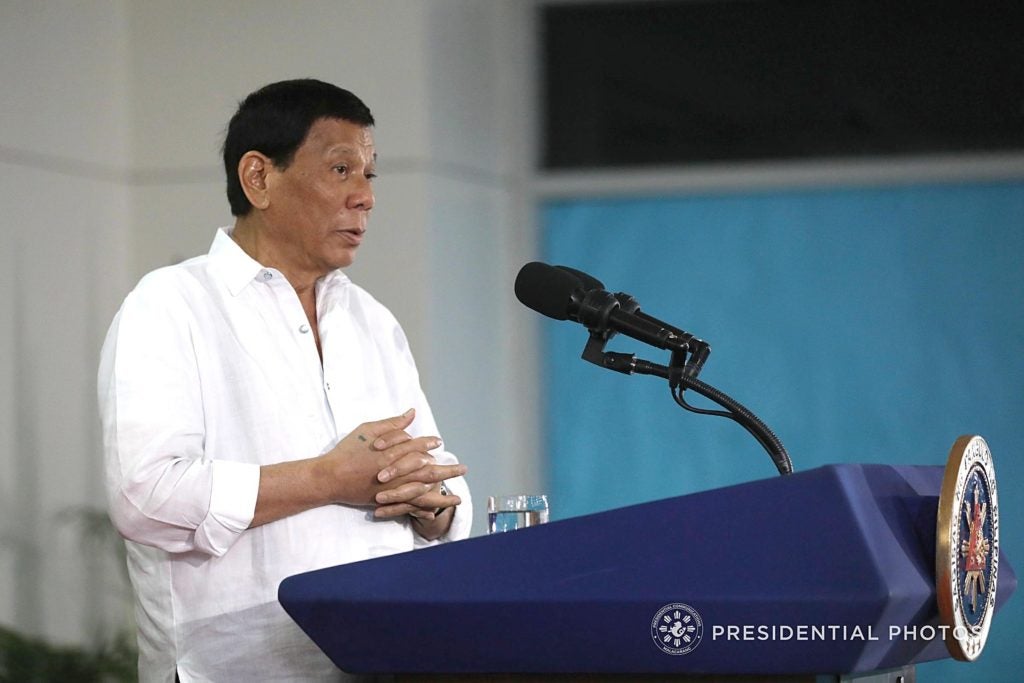 China has assured the Philippines that it will come to its aid in the event of external threats, according to President Rodrigo Duterte.

“China said, ‘We will protect you. We will not allow the Philippines to be destroyed. We are just here and you can call for our help anytime,’” the President said in a speech in Davao City on Friday.

He criticized the United States, saying it would not protect the Philippines because it was afraid of war.

The President recalled how he decided to seek help from China and Russia after some American senators filed a bill that would block the sale of assault rifles to the Philippine National Police, as these could be used against Filipinos.

He thanked China and Russia for giving firearms to the Philippines without asking for anything in return.

“So to this day, China and Russia has not asked me for a single piece of paper or pencil in return. And I told them that I’m not ready to enter into military alliances because we have this pact with the US. If I have a treaty with them, I cannot enter into other treaties,” he said.

The President expressed doubt that the United States would come to the Philippines’ aid in the event of an external threat.

“If America helps us, which I doubt, they have missiles. But foot soldiers? America is allergic to that. They have lost so many wars … She’s not going to protect us,” he said.

The President lauded China and Russia for promising that they would be there for the Philippines should the need arise.

“When you talk to China or Russia, they keep their word, ‘We will be there.’ This America, this Italy … They are afraid to die,” he added.

US Ambassador to the Philippines Sung Kim renewed the US commitment to its alliance with the Philippines on Thursday following reports that China had landed military planes on Panganiban Reef and deployed antiship cruise missiles and surface-to-air missile systems on that reef, and Kagitingan and Zamora reefs—all Philippine-claimed features in the Spratly archipelago.

Kim vowed the United States would do “whatever we can” to protect the freedoms of navigation, overflight and commerce in the South China Sea, nearly all of which is claimed by China, including waters close to the shores of its rivals for territory in the strategic waterway—the Philippines, Brunei, Malaysia, Vietnam and Taiwan.

The UN-backed Permanent Court of Arbitration in The Hague, ruling in 2016 on a challenge brought by the Philippines, declared China’s sweeping claim invalid and pronounced it in violation of the Philippines’ sovereign rights to fish and explore for resources in the West Philippine Sea, waters within the country’s 370-kilometer exclusive economic zone in the South China Sea.

China ignored the ruling and proceeded to develop military outposts on Philippine reefs in the Spratly archipelago.