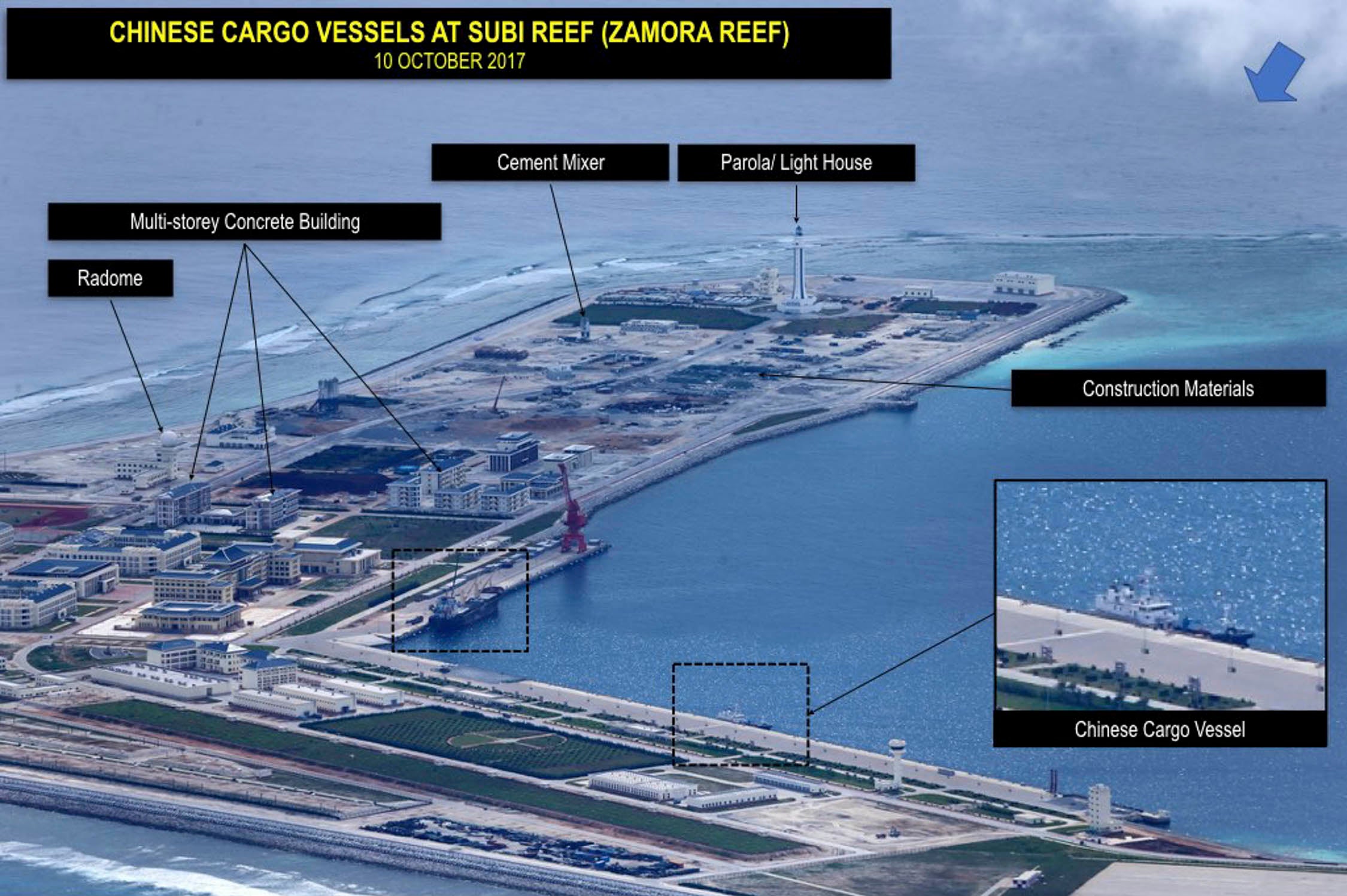 “We urge the administration to take immediate and appropriate actions, including the filing of a diplomatic protest, to protect what is rightfully owned by the Filipino people, in line with the ruling of the United Nations Arbitral Tribunal,” Robredo said in a statement.

US network CNBC said China had deployed anti-ship missiles and surface-to-air missile system on Kagitingan, Zamora and Panganiban – three of seven Philippine-claimed reefs that China had seized and transformed into artificial islands.

According to Robredo, the increased militarization violates the United Nations Convention on the Law of the Sea (UNCLOS) and serves to contribute to regional instability, compromise our security, and further curtail our sovereignty.

According to China, the “deployment of necessary national defense facilities” are “meant to safeguard China’s sovereignty and security.”

“Heightened tensions in the area will be to the detriment of all parties concerned. The region of the West Philippine Sea is a major passageway for ships from different countries conducting trade around the world,” the Vice President said.

“It is critical for our government to work with our neighbors and friends who have a stake in the region to craft a just and peaceful agreement – taking into account international laws and respect for each nation’s sovereignty,” she added. /atm