Sister Fox: Missionary work for poor, not for partisan agenda 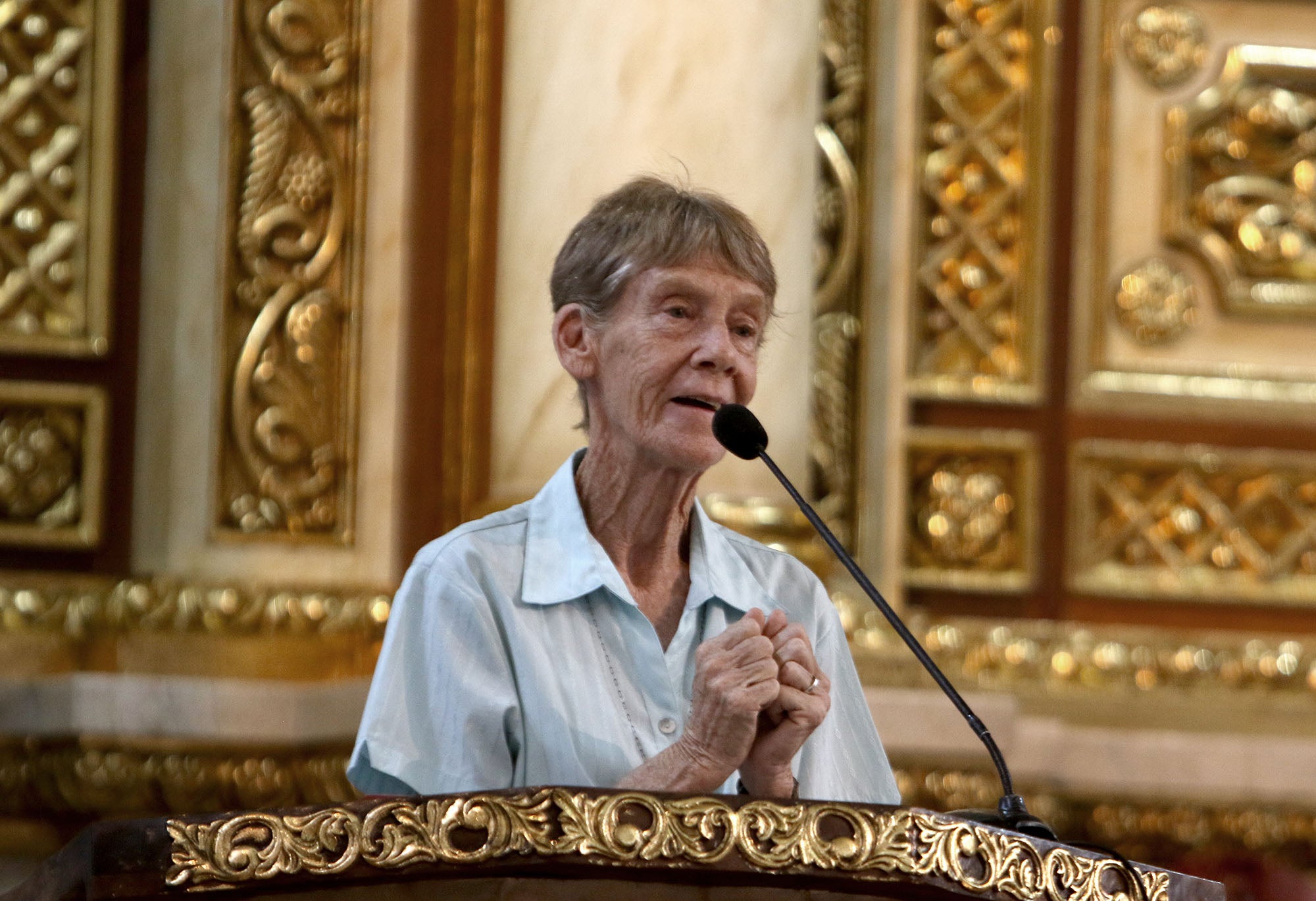 Sister Patricia Fox attends the mass of solidarity for her at St. Anthony Shrine in Sampaloc, Manila. The Bureau of Immigration (BI) has ordered the cancellation the Australian nun’s visa following her alleged participation in a rally.
INQUIRER FILE PHOTO / RICHARD A. REYES

In defending her religious activities, Australian missionary Sister Patricia Fox insisted that the work of her congregation was for the poor and not for any partisan agenda.

In a 26-page counter affidavit filed on Friday, the 71-year-old nun said that her congregation was only “called upon to see the world through the eyes of the poor.”

“The activities I have joined or supported are neither political nor partisan but part and parcel of my apostolate and missionary work,” Fox said.

Bureau of Immigration (BI) intelligence officer Melody Penelope Gonzales, who was investigating Fox, filed a deportation case against the Australian missionary for allegedly engaging in protest actions against the government, thus, violating the terms and conditions of her visa.

READ: Sister Fox’s visa a privilege, not a right – BI

Fox recalled that the BI furnished her a copy of a memorandum showing that she “openly and actively participated in activities such as, but not limited to, rallies, press conferences, and fact-finding missions which supposedly violated the terms and conditions of my missionary visa.”

But the Australian nun argued that the purpose of her work was to know the situation of the marginalized various communities “so that in one way or another we can provide assistance to them.”

“One of the decisions was to explore an immersion in Asia, where we had no presence and where the majority of the world’s population lives. We chose the Philippines, and I volunteered,” she said, recalling her arrival in the country in 1990.

“Sometimes, the mission is tasked to document the reported violations of the rights of the farmers and the indigenous people and the destruction of the environment committed either by private persons or the military, the police or other state agents,” she said.

The activities of her congregation in the country, Fox stressed, were “duly sanctioned by, and pursuant to the social duty and mission of the Catholic Church.”

“As a matter of fact, it was the CBCP (Catholic Bishops’ Conference of the Philippines) who indorsed my application to convert my temporary visitor’s visa to missionary visa,” the missionary noted.

To stress her position, social issues such as human rights, social justice, peace and equality were “clearly” issues and concerns that matter to the church, Fox said.

“It does not mean that we are already engaged in a political activity, much more partisan at that, but are simply doing what is commanded of us by the church and the Pope,” she said.

Fox said that her arguments would show that there was “nothing in the rest of the allegations of Agent Gonzales including the supposed supporting pieces of documentary evidence” that would prove she had violated the Philippine Immigration Act of 1940.

“Thus, I most respectfully move, for it is extremely warranted, to dismiss this case, for utter lack of merit, factually or legally, and to restore my missionary visa,” Fox said.

“I also most respectfully move for the return my passport to my possession as it is currently under the custody of the Bureau of Immigration,” she also said. /jpv