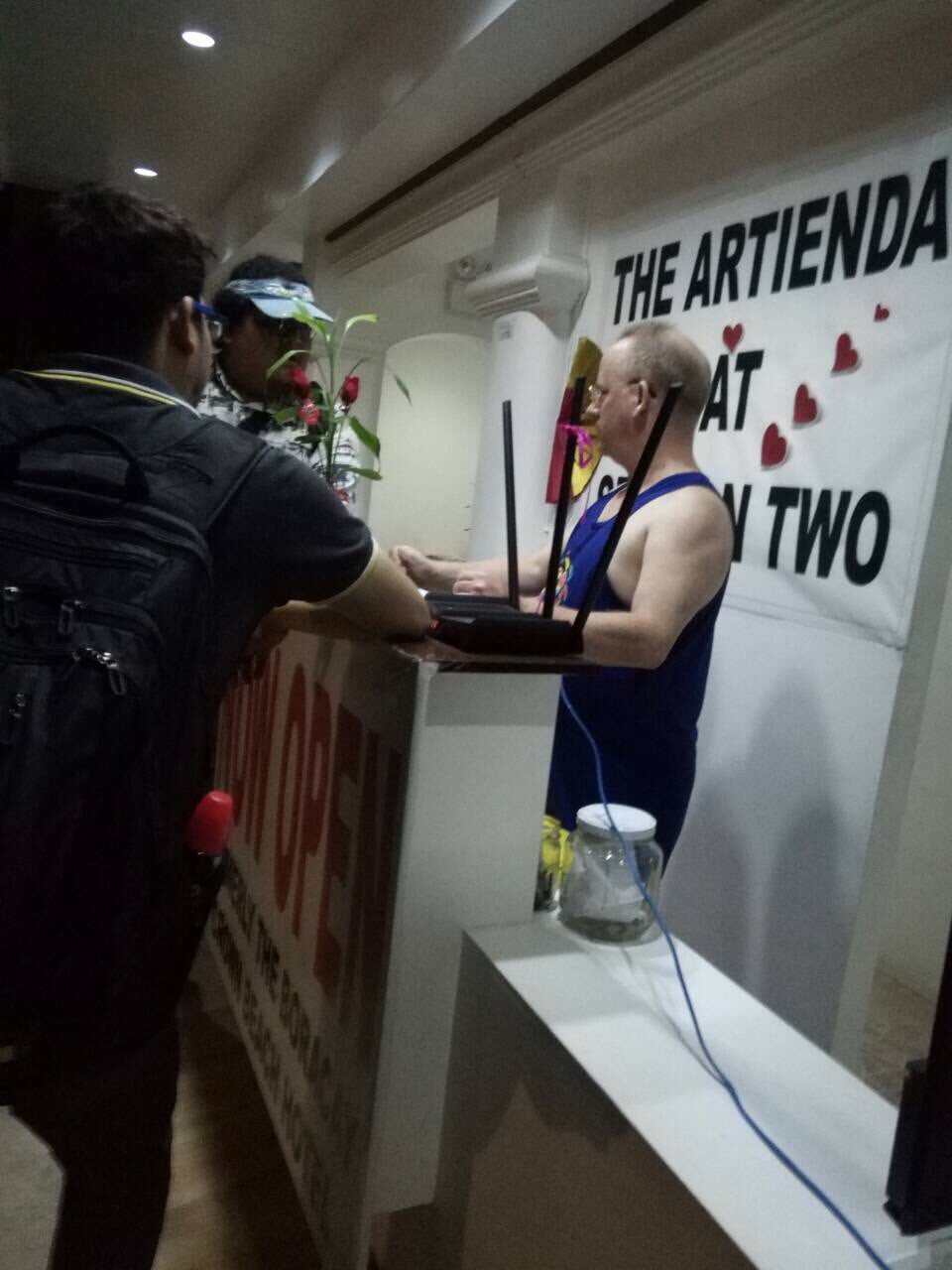 Courtesy of Bureau of Immigration

Bureau of Immigration (BI) agents have arrested an American tourist for illegally operating a beach resort on Boracay island.

BI Commissioner Jaime Morente on Monday identified the foreigner as 52-year old Randall Lee Parker, who was apprehended on April 25, barely a day before Boracay was closed by the government.

Parker was arrested by BI intelligence operatives inside The Artienda, the resort he was illegally operating at Boracay’s Station Two, Morente said.

The BI chief disclosed that he ordered Parker’s arrest after a complaint was filed against him for running the resort “without the appropriate work permit or visa.”

“He will undergo deportation proceedings for illegally working in the country,” Morente said in a statement.

He stressed that both the Labor Code and the Immigration Act “strictly forbid aliens from engaging in gainful activity unless they obtain a work permit from the labor department and employment visa from the BI.”

Morente said that Parker, who arrived in the country as a tourist, “blatantly violated the conditions of his stay as a temporary visitor” by engaging in such business activities.

Parker has been in the Philippines as a tourist for almost two years after arriving on April 16, 2016, BI spokeswoman Atty. Antonette Mangrobang said.

The spokeswoman bared that Parker’s stay as a tourist was supposed to be extended up to June 14 before his illegal operation was discovered. Previously, the American had gone in and out of the country since 2005, she added.

“The rule is that aliens holding tourist visas are not allowed to engage in any form of gainful employment or business activity,” she stressed. /cbb