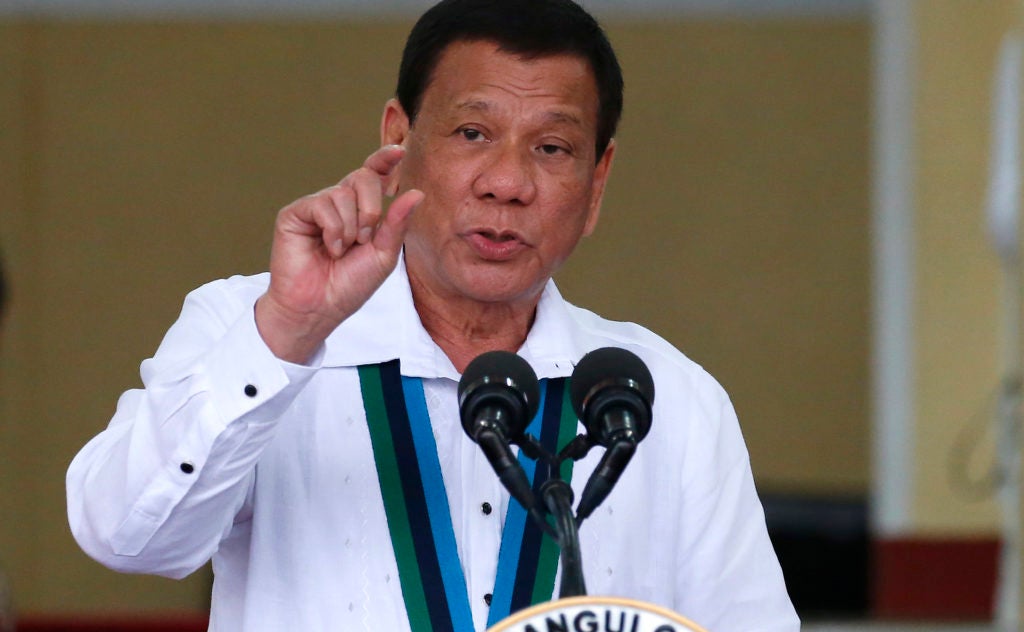 DAVAO CITY – North Korean leader Kim Jong-Un is no longer a “son of bitch” as far as President Rodrigo Duterte was concerned.

Unlike in 2017 when he also branded the North Korean leader as a “maniac” who could destroy Asia, Duterte on Sunday said Kim was now his idol and even wanted to meet him someday.

“You know what, he became my idol,” he said.

Duterte said Kim had always been pictured the bad guy but all of that changed when he committed to end the rift with South Korea and to decommission nuclear weapons.

“I think that to me, the man of the hour would be Kim Jong-Un,” Duterte said. /cbb