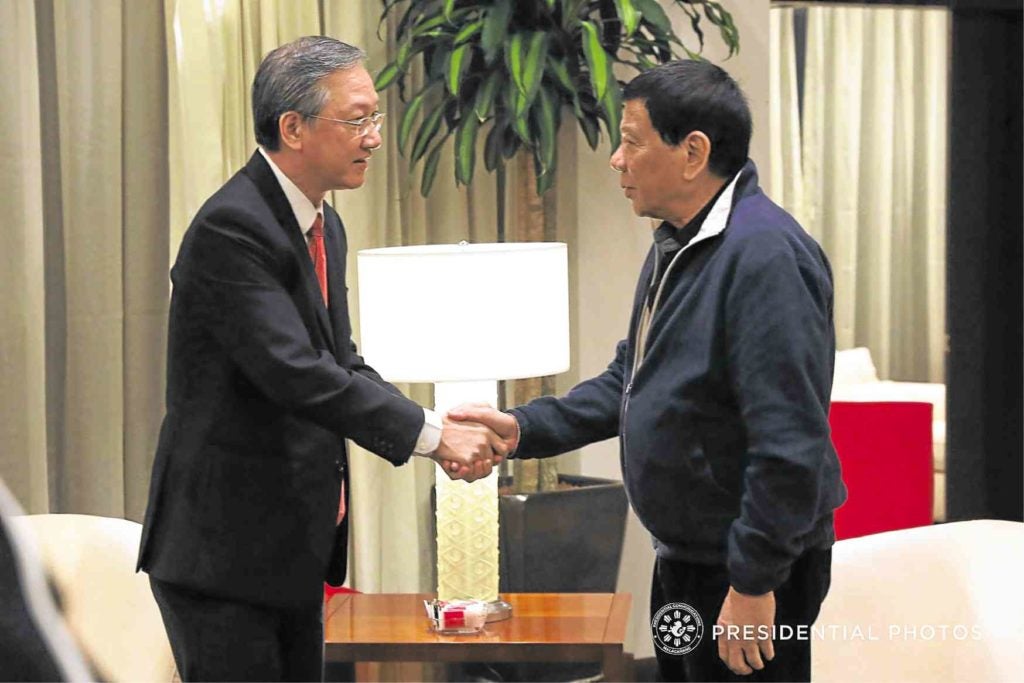 SINGAPORE — President Duterte told investors here on Saturday that he would protect them from corruption as long as they pay their taxes and follow the country’s  laws, especially environmental laws.

The President, who was here for the just-concluded 32nd Association of Southeast Asian Nations (Asean) leaders’ summit, gave this assurance as he witnessed the signing of 10 business agreements inked between mostly Philippine and Singaporean companies with a total investments of $185.7 million and an estimated 1,920 jobs.

One of the agreements will see the rise of 25 Jollibee outlets in this country in the next five years following the signed deal between Jollibee Worldwide Pte. Ltd. and Golden Beeworks Pte. Ltd.

In a speech after the signing, President Duterte, who was expected to be back home in Davao City Saturday night, said it was his interest “not to bleed business but rather encourage business to flourish so that my country can have work.”

That was why the Chief Executive assured his audience that he would provide them ease in doing business in the country and offered to give his number through his aide if they encounter problems bordering on corruption.

“All you have to do is make a call and I will grant you anytime, especially about graft, about workers in government asking for money,” President Duterte told investors gathered at his meeting with them at the Ritz-Carlton Millenia hotel here.

Mr. Duterte said he would also ask Trade Secretary Carlos Dominguez III as well to “formulate a simpler, easier procedure to go and start a business.”

But his main concern was to stop corruption in the government.

At one point, he told the investors they could tell government employees trying to mess up their business that: “Your President has assured me this. Kindly leave the premises. Do not ever come back because I will call his number and this number belongs to the President.”

“And I will show you how I deal with corruption,” he added.

But he reminded investors to pay their taxes for their businesses and also to “obey the laws, the environmental requirements are there and everything that could maybe bring in some complaints.”

“You just take care of the laws. There are a set of laws to follow. If it’s followed, then we are okay and we can talk about business,” President Duterte said.

He reminded his audience that under the Constitution, he has control and supervision of the national and regional offices.

While he admitted his powers were limited, “I can change the rules down there if I really want to, especially if it involves wrongdoing,” the President said.