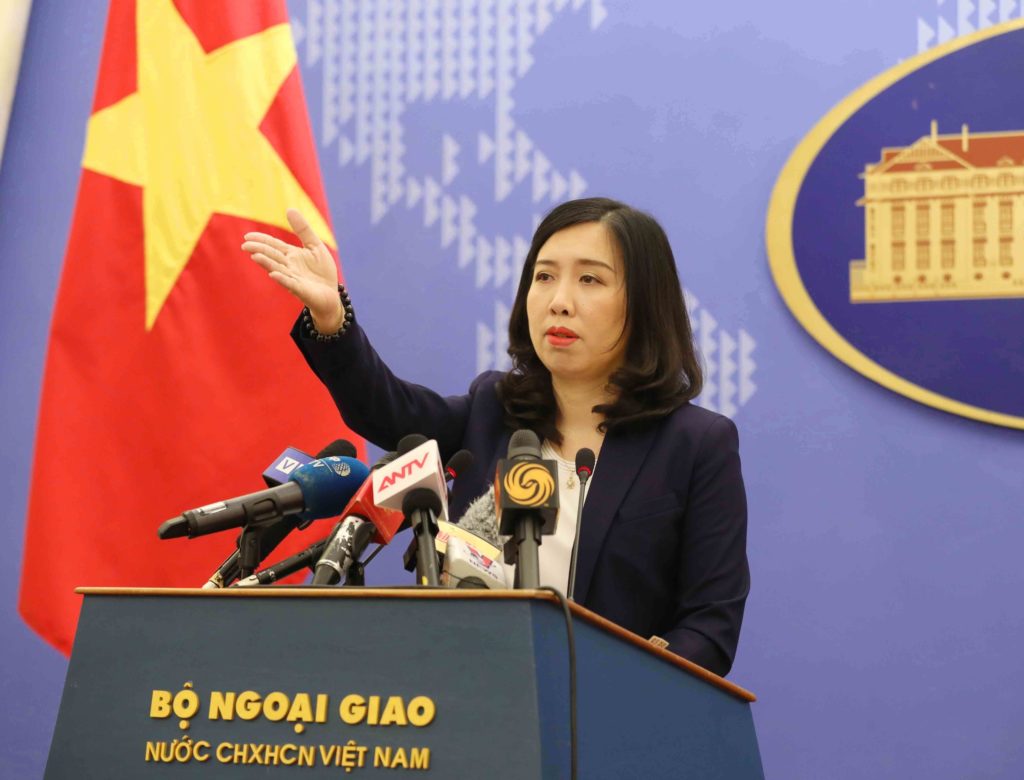 Vietnam demanded China immediately end illegal activities in the areas around Vietnam’s Hoang Sa (Paracel) and Truong Sa (Spratly) archipelagos, to respect the Southeast Asian country’s sovereignty over the archipelagoes and not to carry out any activity that increases tensions and complicates the situation in the region.

The Foreign Ministry’s Spokeswoman Le Thi Thu Hang made the demand on Tuesday in response to reporters’ queries about China’s recent activities in the areas around Vietnam’s Hoang Sa and Truong Sa islands.

“Vietnam has sufficient legal foundations and historical evidence proving its sovereignty over the Hoang Sa and Truong Sa archipelagoes,” she stressed.

China’s recent activities, such as underwater construction by the ship You Lian Tuo 9, the organization of a sailboat race in the waters around the Hoang Sa archipelago, and the installation of new electronic equipment jamming radars on Chu Thap (Fiery Cross) and Vanh Khan (Mischief) Reefs in Truong Sa archipelago have seriously violated Vietnam’s sovereignty over the two archipelagoes, Hang said.

Such activities also run counter to the agreement on fundamental principals guiding the settlement of sea-related issues between Vietnam and China as well as the spirit of the Declaration on the Conduct of the Parties in the East Sea (DOC), complicating the situation and being unbeneficial to peace, stability and cooperation in the East Sea, she added.