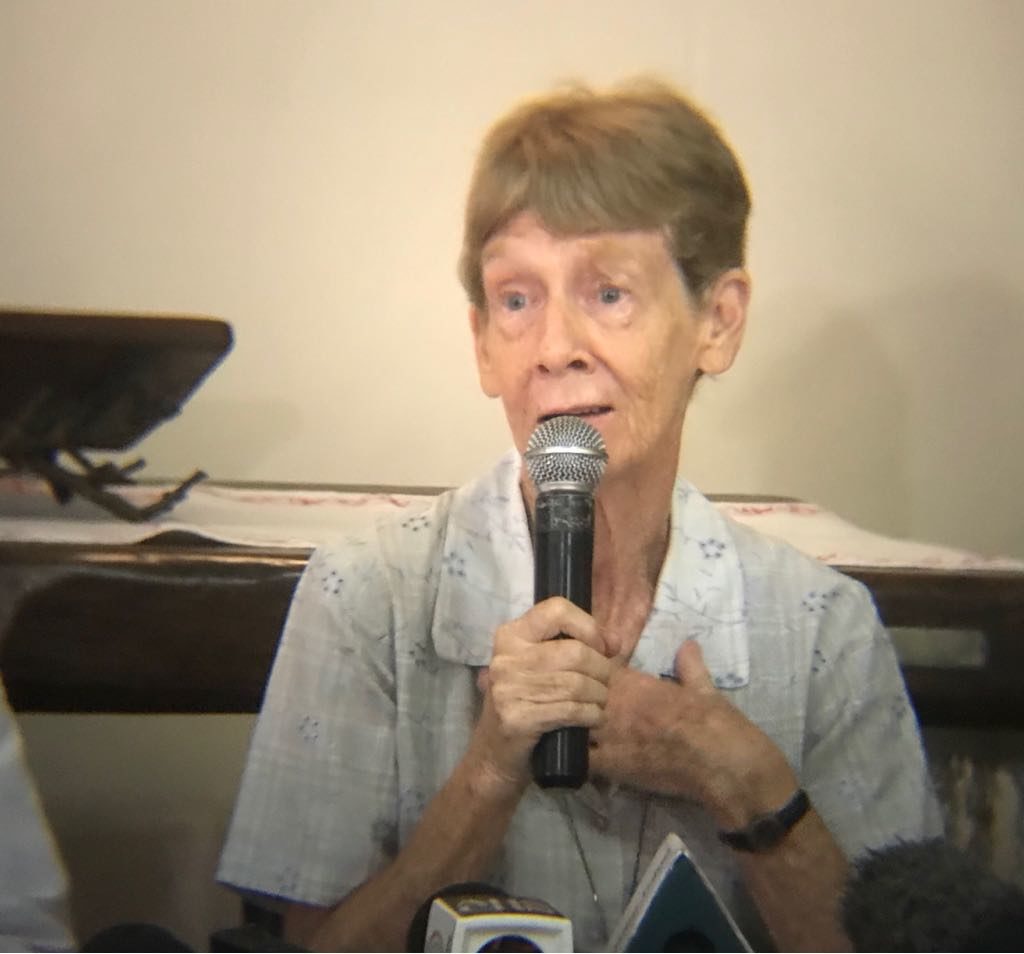 Australian nun Patricia Fox describes what she felt when she learned about the Bureau of Immigration order that cancelled her missionary visa and asked her to leave the Philippines within 30 days during a press briefing on Thursday, April 26, 2018. (INQUIRER.net/Noy Morcoso)

This was how Australian missionary Sr. Patricia Fox described her feelings upon learning about the order of the Bureau of Immigration (BI) forfeting her visa and directing her to leave the country within 30 days.

According to Fox, she has never had such kind of treatment in the past 27 years she has stayed in the Philippines.

Fox also said she was surprised and sad about the BI order, noting that they were preparing for their reply to the supplemental report of the agency’s Intelligence Division accusing her of getting involved in “partisan political activity” when they learned about it in the news.

“Actually I feel very ill,” Fox said in a press briefing in Quezon City on Thursday.

The 71-year-old nun said the Philippines has become her home and maintained that she did not do anything against the law but to support the lives of the poor and marginalized.

(Of course it is difficult for me because I have been here for a long time, and my life is here.)

(Nobody knows me because I live in peace. And then there’s this, the President got mad at me. So it is really difficult.)

The BI accused Fox of engaging in partisan political activities following her participation in an international fact-finding mission in Mindanao early April which looked into the human rights situation in the region, which is currently under martial law.

Fox’s legal counsel, Atty. Jobert Pahilga, said they are going to question the BI order and even bring it to the Supreme Court if needed, noting that Fox should not be denied of her right to due process.

He pointed out that by filing a petition before the high court, the term “partisan political activities,” which is not clearly defined under Philippine jurisdiction, would be expounded.

(Why are those foreigners who go to rallies or speak in favor of the government, isn’t it a partisan political activity? They should be deported if that’s the case.)

(Her case, if ever the BI would not listen to us, we’ll definitely go to the proper procedure, file a petition before the Supreme Court to set a precedent.)

Pahilga maintained that Fox was not engaged in any political activities and her immersion with the poor and marginalized was part of her missionary work. /kga