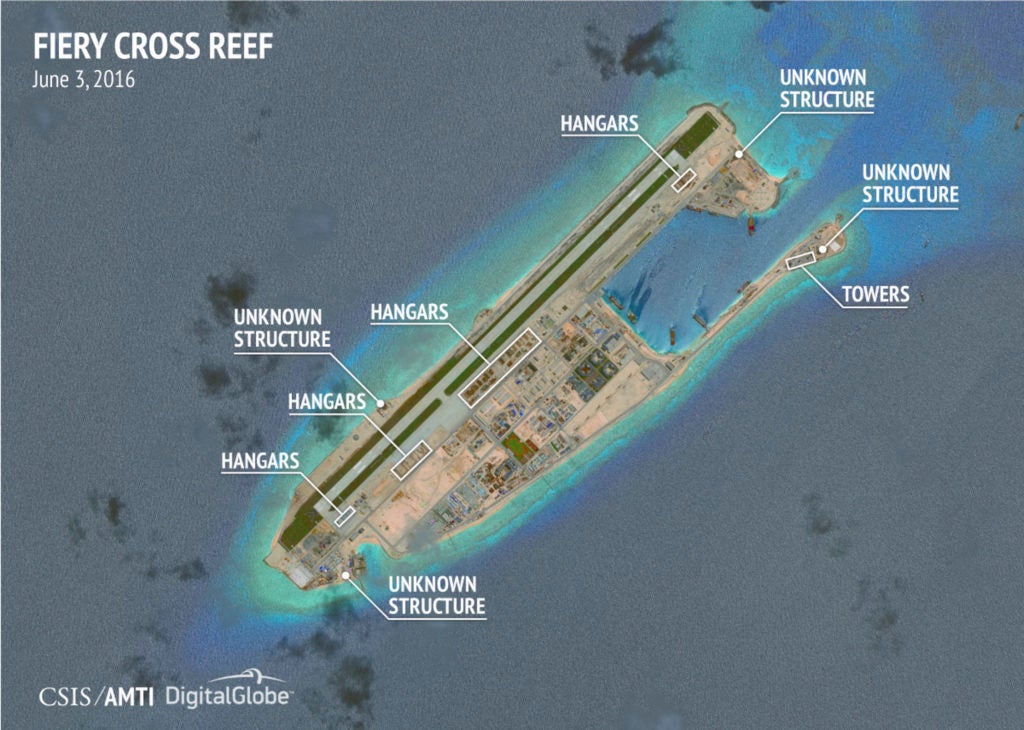 Malacañang has opted to say little for now about China’s recent activities in the South China Sea, including its erection of a monument on Kagitingan Reef and landing military planes on another reef within the Philippines’ territory in the strategic waterway.

Presidential spokesperson Harry Roque said in a television interview on Wednesday that the Department of Foreign Affairs was studying diplomatic actions it could take regarding China’s construction of the monument and its landing of Xian Y-7 military transport planes on Panganiban Reef, which is located within the Philippines’ 370-kilometer exclusive economic zone (EEZ) in the South China Sea known as West Philippine Sea.

Panganiban Reef is internationally known as Mischief Reef, which the UN-backed Permanent Court of Arbitration in The Hague ruled in July 2016 was within the Philippines’ EEZ and part of the country’s continental shelf.

Roque said not all of the government’s actions on these matters could be made public.

“You know, in the field of diplomacy, not all actions can be announced. But I’d like to assure the public that the President is being apprised of the steps being taken by the Department of Foreign Affairs,” Roque said.

Lawmakers and legal experts have been calling on the Duterte administration to protest China’s landing of military transport planes on Panganiban Reef in January.

They say the landings were not just an affront to Philippine sovereignty but could be a precursor to the deployment of long-range bombers and fighter aircraft to the reefs in the Spratly archipelago that China has transformed into artificial islands.

China claims nearly all of the 3.5-million-square-kilometer South China Sea, but the arbitral court in The Hague, ruling in the challenge brought by the Philippines, declared Beijing’s claim invalid and pronounced it in violation of Manila’s sovereign right to fish and explore for resources in waters within its EEZ.

China, however, has ignored the ruling and proceeded to build artificial islands on reefs claimed by its rivals in the Spratly archipelago.

In a brief report on Monday, the People’s Liberation Army Daily said China had unveiled a monument to mark its construction work on Kagitingan Reef.

The monument sends a message about China’s determination to protect its territory and maritime rights in the South China Sea, the report said. —With reports from the wires