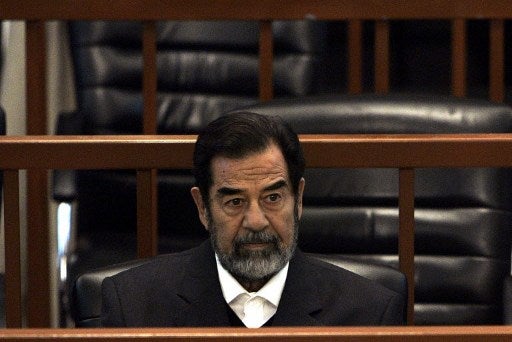 BULUAN, Maguindanao – President Duterte on Wednesday blamed the West for the rise in terrorism, especially in the Middle East.

“I know that Western nations were to blame for that because they went there to cause trouble. They got the oil of the Arabs and built their countries to prosperity at the expense of the Arabs,” Duterte said in a speech during the ceremonial turnover of about 900 surrendered firearms from various towns held at the gymnasium here.

He said Western nations caused unrest in the Middle East because they exploited the resources of the people there.

That was why he said Arabs hate the West so much.

“And I can understand them because they have reason to do so,” Duterte added.

He also said inflaming the Arabs’ hate was the West’s “arbitrary division” of territories there.

“That was why Iraq invaded Kuwait,” he said.

Duterte also said the West continued to manipulate the region by removing leaders it did not want.

He cited the case of Iraq’s Saddam Hussein, whom he said, was removed on the pretext of stocking weapons of mass destruction.

It was also the same case, Duterte said, with Libya’s Muammar Khadaffy.

“And look what happened,” he said.