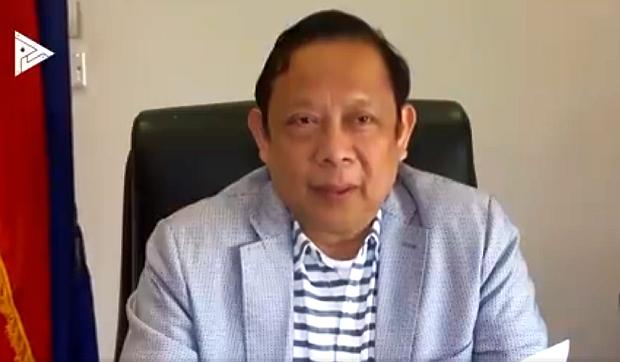 SINGAPORE — Philippine Ambassador to Kuwait Renato Villa will not be recalled and will stay in his post and continue to assist distressed Filipino maids, Foreign Secretary Alan Peter Cayetano said on Wednesday.

Cayetano arrived here for the two-day 32nd Association of Southeast Asian Nations (Asean) summit that begins on Friday, ahead of President Duterte who will arrive on Thursday night.

The foreign secretary said there was no request to recall Villa who led the rescue of abused Filipino maids last week that displeased Kuwaiti authorities and which led to the arrest of two Filipino drivers hired for the rescue operations.

“He’s doing a good job,” Cayetano said of Villa who had apologized last Tuesday to Kuwait.

He said he may allow Villa to have a rest if the latter requested. But he noted that the ambassador had told him there were still 800 Filipino maids taking shelter with the embassy and he wanted to assist them.

Last week’s rescue mission was part of the government’s bid to meet the April 22 deadline set by Kuwait for the expulsion of migrants illegally working in the Gulf State.

But the mission became controversial after a video released by the Philippine embassy to the media showed embassy officials convincing the Filipino domestic helpers to leave their employers’ home and return to the Philippines. The video became viral and led Kuwaiti officials to arrest two Filipino drivers who took part in the rescue operations as well as led to the Kuwaiti foreign ministry to summon Villa and protest the actions of the embassy.

“Basically, we’re vouching for them that they were hired to drive and were not part of the planning and decision making (of the rescue mission,” he said.

As for the video, Cayetano said the Department of Foreign Affairs was reviewing the videos, saying there were four videos that actually went out — one was released a month ago while the rest were on the rescue mission — one taken by government television station PTV 4, and the others was the officially released video and another by someone who took the video on his own.

He said the DFA was reviewing its regulations on the release of video through social media.

“I have to admit there’s a lot of discussions about the use of social media. There’s a lot of good, but it could also have harm. I think some of the regulations should be very specific,” he said.