Report on martial law violations may have triggered Fox deportation–lawyer 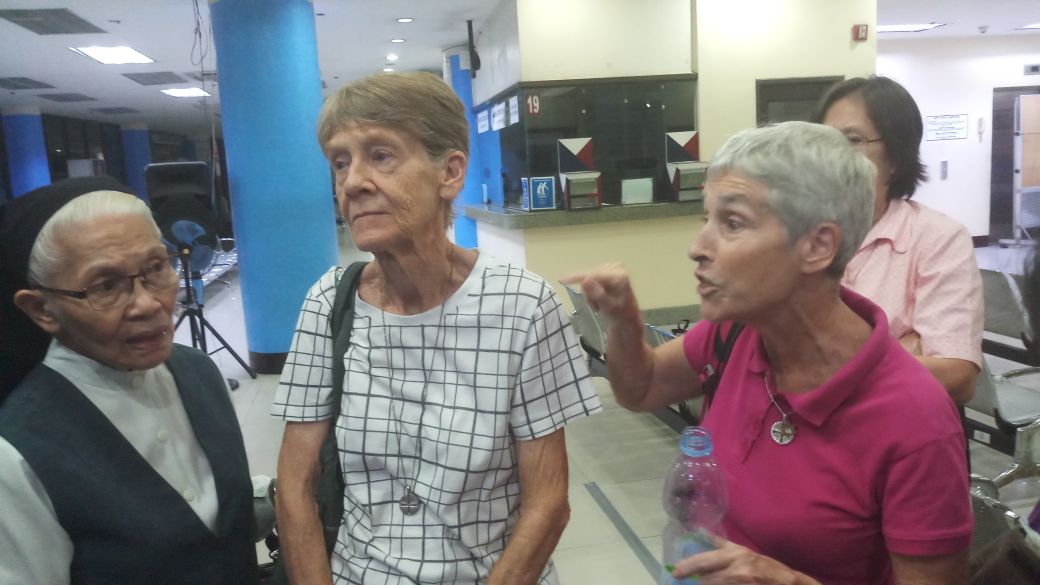 A report by a fact-finding mission that “detailed” the alleged violations committed by the military during the implementation of martial law in Mindanao could have been the reason why the Bureau of Immigration (BI) has ordered the deportation of 71-year-old Australian nun Patricia Fox, her lawyer said on Wednesday.

Fox’s counsel, Jobert Pahilga, said the report was supposed to be submitted to Congress— the Senate and the House of Representatives— and even to Malacañang anytime this week.

Pahilga made the disclosure when asked in an interview over ABS-CBN News what could have been the “motivation” behind the BI’s order against the nun, who has been in the country for almost three decades.

“Maybe it was because the military are afraid of the report that will come out of the fact-finding mission where Sister Pat participated as the report detailed the violations committed by the military during the implementation of martial law in Mindanao region,” he said.

“The report that led to this case against Sister Pat was submitted by the National Intelligence Coordinating Agency so perhaps they were angered by the participation of Sister Pat in the fact-finding mission although it was not just Sister Pat who conducted the interview. There were other several personalities and lawmakers. And I’ve already said, this report will be submitted to the Senate, to the House of Representatives even to Malacañang so as to apprise them of what’s happening.”

The lawyer said the military were “angered” by the fact-finding mission and they targeted Fox since she is a foreigner.

“The military anticipate that the report of the fact-finding mission would be adverse to them and it would definitely bring out the abuses committed during martial law,” he said.

“So, it’s not coincidental that there’s systematic attempt to silence the critics of this administration and especially the abuses committed during martial law,” Pahilga added.

He reiterated that Fox simply served as an “observer” during the fact-finding mission and that she would not be a signatory in the report.

“She did not conduct any interview. She merely went there to personally hear what the farmers and lumads in Southern Mindanao region were complaining of,” he said.

While he acknowledged that a foreigner’s stay in the Philippines was a “mere privilege,” Pahilga argued that they also have rights, including according them due process of law. /jpv

Sister Fox’s visa a privilege, not a right – BI