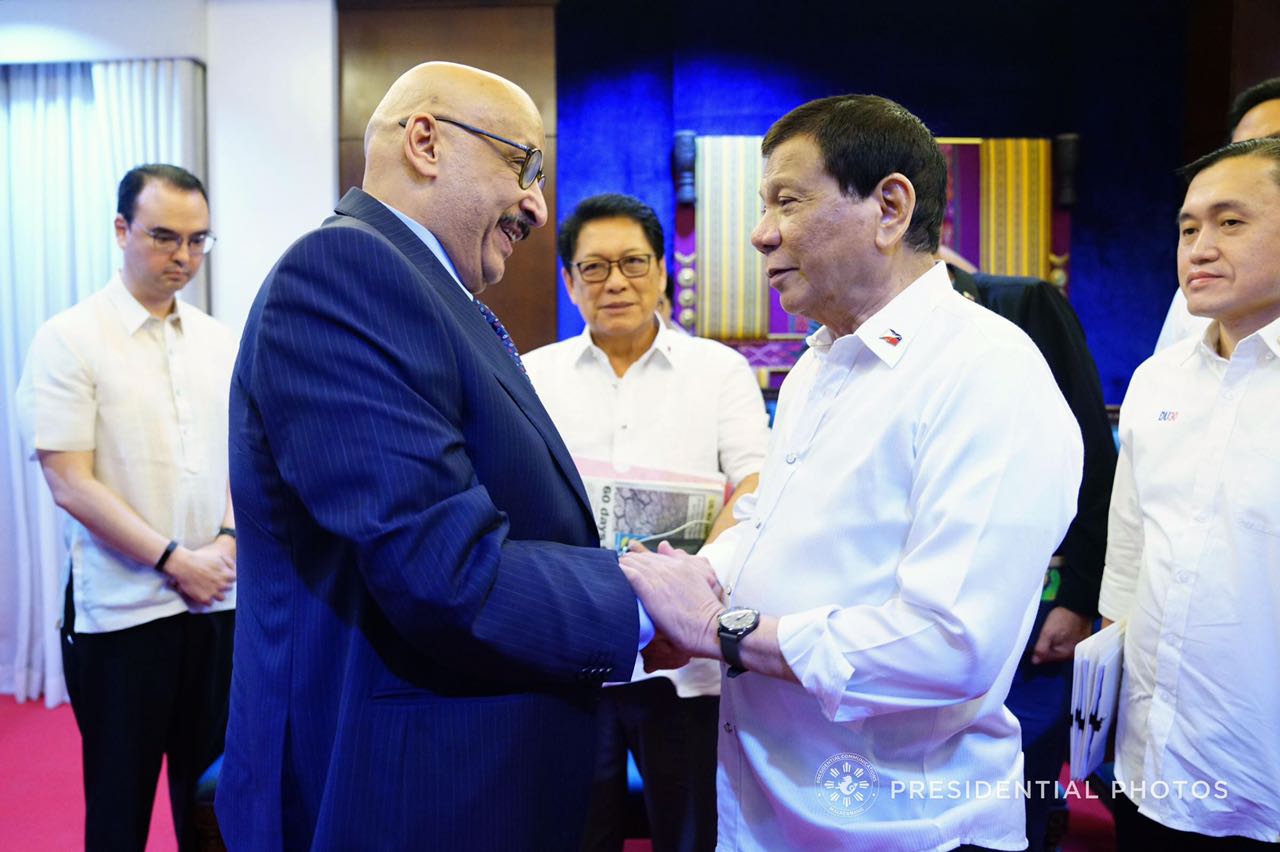 President Rodrigo Duterte meets with Ambassador of Kuwait to the Philippines Musaed Saleh Ahmad Althwaikh at the Presidential Gusest House in Davao City on April 23, 2018 amid the deployment ban of overseas Filipino workers (OFWs) in the Gulf state. (Photo from the Presidential Photographers Division)

The Philippine government and Kuwait are now finalizing details of the possible visit of President Rodrigo Duterte in the Gulf state following reported abuses of overseas Filipino workers there.

This developed as Duterte met with Ambassador of Kuwait to the Philippines Musaed Saleh Ahmad Althwaikh in Davao City on Monday.

“It’s being finalized,” a source told INQUIRER.net when asked about the status of Duterte’s visit to Kuwait.

Duterte had ealier said he would visit Kuwait “to give honor” to its government,” which had agreed to a deal giving OFWs better treatment.

The President said he would go there to witness the signing of the accord.

The Philippine government has imposed a ban in Kuwait following the reported abuse of OFWs there, particularly the death of Filipino maid Joanna Demafelis, whose body was found inside a freezer a year after she was reported missing. /atm

Read Next
Showing of video of OFW rescue in Kuwait hit
EDITORS' PICK
When skincare meets makeup: Introducing the BYS Cosmetics Full Coverage line
World ‘not ready,’ WHO exec warns as virus surges in more countries
Last mile: Honda workers fight for a dignified ending
Duterte to ABS-CBN: Apology accepted but franchise up to House
Mallorca City: Home of Cavite’s finest industrial hub
Here’s How Protein and Calcium Deficiency Can Affect Your Kid’s Health
MOST READ
WATCH: Scarlet Snow helps out Sarah, Matteo with ‘husband and wife duties’
If PH can’t be self-reliant, choose: Be a US territory or China’s province – Duterte
Last mile: Honda workers fight for a dignified ending
LOOK: Panelo visits wake of Robredo’s mother in Naga
Don't miss out on the latest news and information.

Brownlee finally back in Manila, set for Alab Pilipinas return