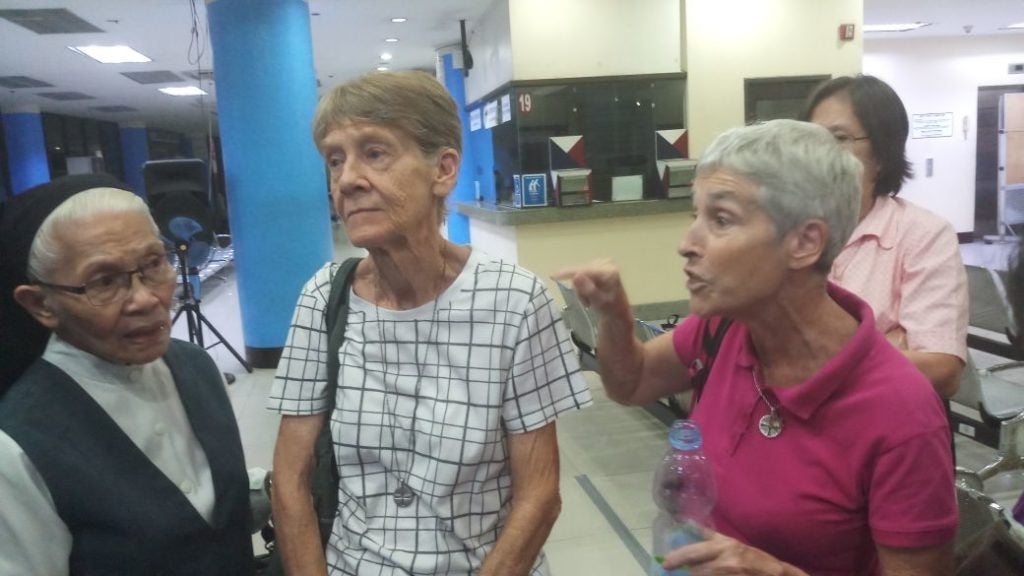 Catholic bishops on Thursday slammed President Duterte for being overly sensitive to criticism and for ordering the investigation of Australian missionary Sister Patricia Fox.

The bishops made the remarks as the Commission on Human Rights said that Fox may have been arrested without basis since she had been working in the country for 27 years and had a missionary visa that was valid until Sept. 9.

Manila Auxiliary Bishop Broderick Pabillo said the nun’s detention and the government’s threat to deport her showed that the President was incapable of taking criticism.

“He just cannot take criticism [although] his actions and words are not beyond criticism,” Pabillo said after the President admitted on Wednesday that he had ordered the investigation of the 71-year-old nun.

But presidential spokesperson Harry Roque said critics of the nun’s detention conveniently forgot that Fox was also detained by the Bureau of Immigration (BI) during the administration of former President Benigno Aquino III for joining a farmers’ protest at Hacienda Luisita in Tarlac.

Roque insisted that the President was just implementing the law that prohibited aliens from joining partisan political activities.

Sorsogon Bishop Arturo Bastes said Fox had a right to call out the Duterte administration for undermining the United Nation’s Universal Declaration of Human Rights.

“Sister Pat has the right and duty to denounce (Mr. Duterte) for his program to kill persons extrajudicially,” Bastes said.

The nun’s congregation described Fox as a “tireless worker among the poor.”

“This is why she is seen among the poor, in fact-finding and mercy missions among the indigenous population and in ecologically impoverished areas,” the congregation’s superior general, Sister Mary Babic, said.

Leftist lawmakers affirmed that Sister Pat had been advocating for the welfare of Filipino peasants since the 1970s.

“Even (Roque) said ‘apologies are in order’ because the BI had made a mistake,” Castro said. — JULIE M. AURELIO, JHESSET O. ENANO, LEILA B. SALAVERRIA, DJ YAP AND JUDY QUIROS