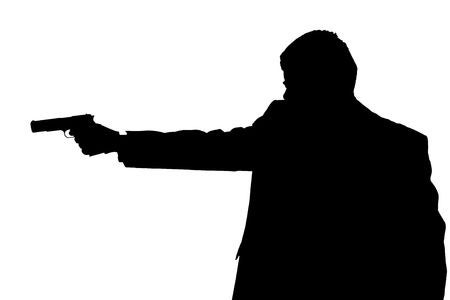 NEW YORK, United States — A former U.S. Army sniper and two other ex-American soldiers were convicted Wednesday in the contract killing of a real estate agent in the Philippines for an international crime boss who thought the woman had cheated him on a land deal.

Joseph Hunter, a onetime sergeant from Kentucky with a Special Forces background, Adam Samia and Carl David Stillwell were found guilty of murder-for-hire and other charges. All three had denied they planned the 2012 execution-style hit — a case that’s provided an inside glimpse into the secret fraternity of private mercenaries willing to kill in cold blood for cash.

Prosecutors said the 52-year-old Hunter was working as a security chief for weapons and drug trafficker Paul Le Roux when he recruited Samia and Stillwell to travel from their homes in Roxboro, North Carolina, to the Philippines for what was called “ninja work.” They said Hunter provided firearms and silencers and told them Le Roux would pay them $35,000 a piece to get the job done.

Samia, 43, and Stillwell, 50, pretended to be potential clients of the broker. While returning from a trip to the countryside outside of Manila, Samia pulled out a .22-caliber gun and killed the broker by shooting her twice in the face as she sat in the back seat of a van, prosecutors said.

After being paid, her killers were ordered back to the United States, where they were arrested in 2015.

Defense attorneys asked jurors to keep an open mind, saying the case lacked eyewitness, forensic and other conclusive evidence needed to convict. They also told them not to trust shady government witnesses like Le Roux, who had pleaded guilty and was cooperating.

All three face up to life in prison. Hunter already is serving 20 years over a plot to kill a federal agent. /cbb