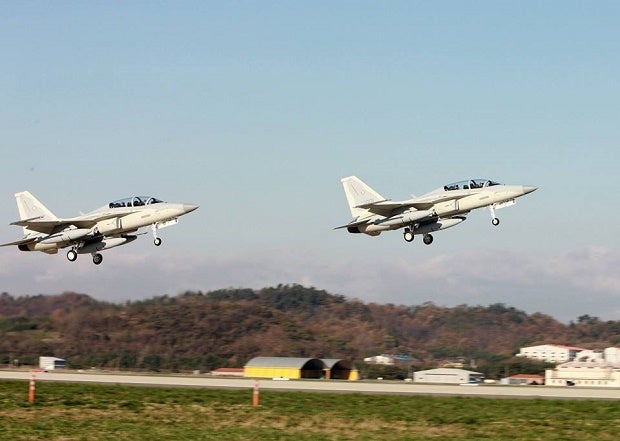 The Basa Air Base, a military base in Floridablanca, Pampanga, will soon be restored to its former glory as the home of the Philippine Air Force’s (PAF) fighter planes.

Air Force chief Lt. Gen. Galileo Gerard Kintanar Jr. on Tuesday announced that the air base would station the PAF’s mainstay fighters, the FA-50 lead-in fighter trainers, within the year.

In a speech at the groundbreaking ceremony for the construction of the first major facility under the Enhanced Defense Cooperation Agreement (EDCA) held in the air force base, Kintanar said that Basa “will soon be operational as a fighter base later this year.”

The military air base used to house the Philippines’ fighter squadrons decades ago.

The modern fighter assets of the PAF will be moved from Clark Air Base to Basa Air Base under the 5th Fighter Wing later in the year once the construction of the facilities to house the aircraft is finished, said Lt. Gary Regalado, the wing’s public information officer.

The Philippine government purchased 12 FA-50s for a total of P18.9 billion during the Aquino administration. It is the most advanced and sophisticated aircraft of the PAF, with their arrival marking the country’s return to the supersonic age after retiring its F-5 fighters in 2005.

Aside from the FA-50s, S-211 trainer aircraft will also be housed at  Basa Air Base.

The same military air base was chosen as one of the five locations where the US is allowed to set-up  facilities under the EDCA. The other bases are the Antonio Bautista Air Base in Palawan, Lumbia Air Base in Cagayan de Oro City, Mactan-Buenito Ebuen Air Base in Cebu and Fort Magsaysay in Nueva Ecija.

The facilities will be under the full control of the Philippines, said US Ambassador to Manila Sung Kim.   /muf