US diplomat suspended for book, blog with WikiLeaks link 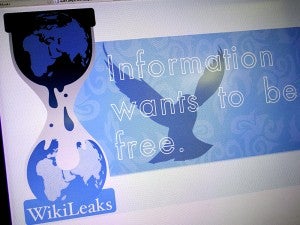 WASHINGTON – The State Department has suspended a veteran diplomat for a book critical of US policy in Iraq and irreverent blog posts that included a link to a WikiLeaks cable, he said Wednesday.

Peter Van Buren, a 23-year foreign service officer who worked in human relations, said he was escorted out of the State Department on Monday and barred from returning for two days while officials there decide what to do next with him.

They had stripped him of his top secret security clearance a few days earlier, he said.

But in a phone interview with Agence France-Presse, Van Buren said his irreverent account of his experiences in Iraq, in a book entitled “We Meant Well – How I Helped Lose the Battle for Hearts and Minds of the Iraqi People,” appeared to have precipitated the action.

There were also articles he wrote for the Huffington Post and Salon.com, and blogs on his website, “WeMeantWell.com,” which he freely admits were published without prior State Department permission.

“The State Department said they need 30 working days in order to clear or approve any submission, and unfortunately that is out of the zone of reality for blogging and tweeting and Facebook updating,” he said.

“I submit it is nothing but a prior restraint on my free speech. I choose not to follow it, and I expect to be punished,” he said.

One blog post linked to a WikiLeaks cable describing a 2009 meeting Senator John McCain had with Moamer Kadhafi in Tripoli.

Van Buren said he wanted to make the point “how quickly enemies became friends, and friends became enemies again, and wondering what that meant about US foreign policy.”

“This was not the nuclear launch codes, or Hillary’s Victoria Secret catalog or anything like that. It was pretty mild stuff. I believe it was listed as ‘confidential,’ which is the lowest form of classification.”

Van Buren said he had submitted the book for pre-publication review more than a year ago, with no response, and began blogging in April of this year.

It wasn’t until June that he was told he shouldn’t be blogging, and not until September 1 that they raised the WikiLeaks link.

“That was followed by two interrogation sessions with our security people,” he said. Then on September 20, they demanded redactions to his book, and followed that by suspending his security clearance.

The redactions were to a chapter titled “A Spooky Dinner,” which described a dinner with some CIA officials in Baghdad at one of Saddam Hussein’s former palaces.

That demand was just six days before the book was to go to book stores, and he refused to comply.

“I think it’s something of an excuse, if you will, to use the security apparatus as a way to shut somebody up when they don’t have another tool to do it with.

“It’s unfortunate but I’m not the first person to have found themselves at the pointy end of that stick.”