“Gusto kong mag-apologize for offending sensitivities sa mga post. Ano naman, there was no excuse. While there was no malice in it, ano pa rin, I take full responsibility kaya I would like to apologize for whatever offense to sensitivities (it caused),” Robredo told reporters in an ambush interview at the Asian Forum on Enterprise for Society (Afes) 2018 in Pasay City.

The said photo, which had been taken down by Ifugao Rep. Teddy Baguilat from his Twitter account, was criticized by netizens and supporters of the Duterte administration as being disrespectful of the victims of the Nazi genocide in Europe during World War II 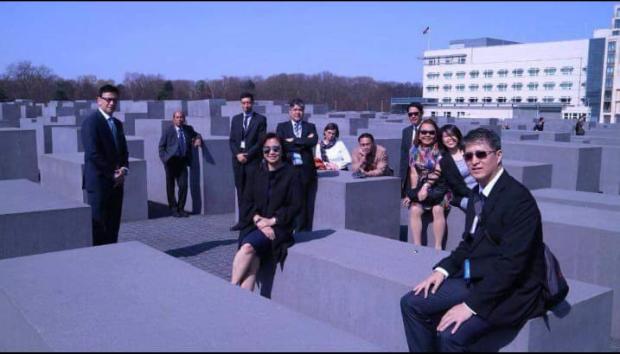 Baguilat earlier said they did not intend to “demean the place,” and had issued an apology.

“It really is a non-issue, considering that the taking of photos and sitting on the stone slabs is not prohibited and that in fact the website of the memorial is filled with photos of visitors seated on these stone structures,” he said.   /muf