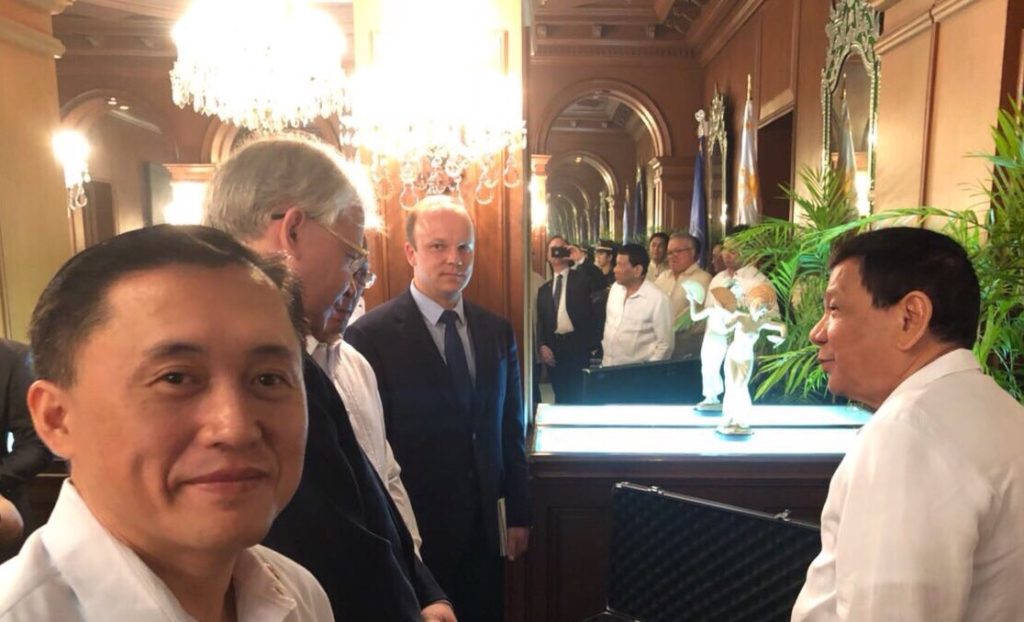 The source said Khovaev paid a courtesy call on the President on Monday afternoon where the Chief Executive extended his congratulations to President Putin on his reelection. The source also said that the Khoavaev handed a “personal letter” from Putin to the President.

Presidential Spokesperson Harry Roque confirmed the meeting between President Duterte and Khovaev but has yet to release details of the meeting.

President Duterte’s meeting came as Russia condemned the latest US airstrikes in Syria in retaliation to the Middle Eastern country’s alleged use of chemical weapons.

Russian President Vladimir Putin has rallied other nation to condemn the attack.

Roque said the Philippines has yet to issue a policy statement, saying it was focused on ensuring the security of Filipinos in Syria. /je