‘Like New Year in Manila’: DFA tells Pinoys in Syria to stay home 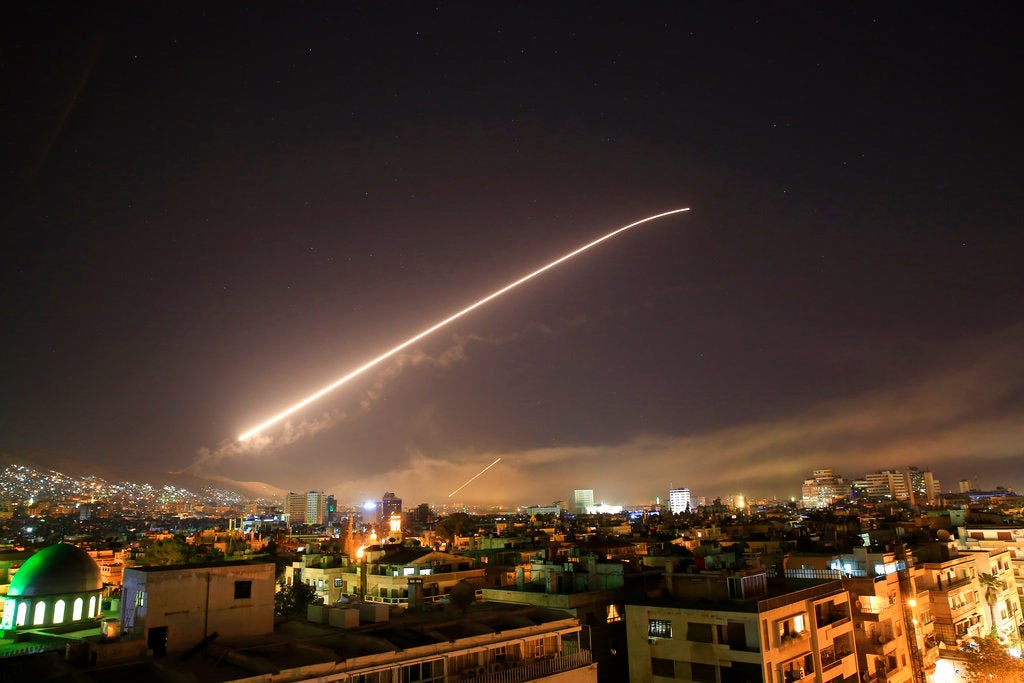 The Damascus sky lights up missile fire as the US launches an attack on Syria targeting different parts of the capital early Saturday, April 14, 2018. Syria’s capital has been rocked by loud explosions that lit up the sky with heavy smoke as US President Donald Trump announced airstrikes in retaliation for the country’s alleged use of chemical weapons. (Photo by HASSAN AMMAR / AP)

More than 1,000 Filipinos in Syria have been advised to stay at home by the Department of Foreign Affairs (DFA) following missile strikes early on Saturday by the United States and its allies on suspected chemical weapons facilities around the capital, Damascus.

The attack by the US, French and British forces began around 4:00 a.m. (Damascus local time) on Saturday.

The United States and its allies said the attack was in retaliation for the Syrian government’s use of chemical weapons.

Foreign Assistant Secretary Elmer Cato said the Philippine Embassy in Damascus issued an advisory telling Filipinos in Syria to stay inside their homes following the missile strikes, which Chargé d’Affaires Crescente Relacion described as “like New Year in Manila.”

“The Department of Foreign Affairs is monitoring the situation in Syria in the wake of the missile strikes against various targets in Damascus and other areas,” Cato said in a statement.

Filipinos were told to wait for further advice, he said.

The embassy has received no reports of Filipino casualties in the attacks, Cato said.

“The embassy also has not received any requests for assistance from any of the estimated 500 Filipinos in Damascus and the other 500 in other parts of Syria,” he said.

The DFA official also assured that all personnel in the embassy led by Relacion were safe and accounted for.

“The embassy has reported that at least three military installations in Damascus and several other areas in Syria were targeted in this morning’s missile attacks. Among those targeted was an installation located 1 kilometer from the embassy,” Cato said.