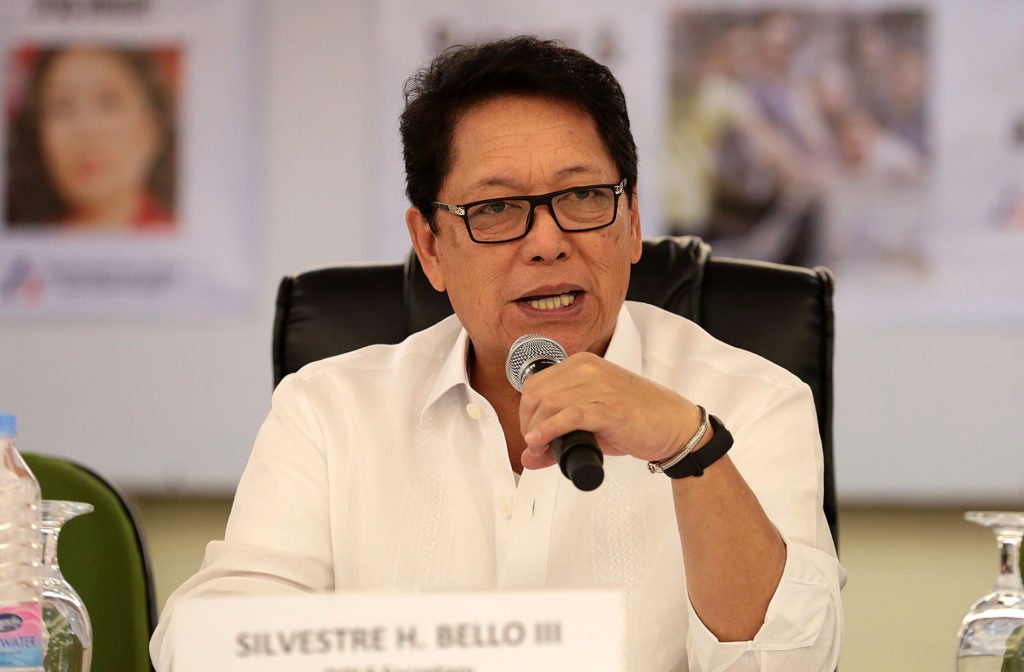 The Department of Labor and Employment (Dole) has signed an agreement with China for the hiring of Filipino English teachers to work there for a monthly salary of $1,200.

“We have signed a bilateral agreement with the China ambassador (Zhao Jianhua) for the deployment of an initial 2,000 English teachers to China,” Labor Secretary Silvestre Bello III said in a radio interview on Friday.

The bilateral agreement with China may be renewed after two years and outlines the salaries, work hours, benefits and other employment rules for the OFWs there.

Up to 100K teachers needed

“They actually need 100,000 English teachers,” said Bello, who expressed confidence that many Filipino teachers will apply for the job vacancies.

The agreement was forged as part of the two countries’ growing friendship and after China relaxed its rules, allowing foreigners to enter its labor force owing to its aging population and its lack of workers who speak fluent English.

China is also set to accept Filipino domestic helpers for middle-class homes in major cities, such as Beijing, Shanghai and Xiamen.

Philippine Ambassador to China Jose Santiago Sta. Romana earlier said the Filipinos’ facility for the English language made them an ideal candidate for the position.

“The next thing that we want, that we are discussing with China is the whole issue of the domestic helpers because the Chinese middle class is growing,” Sta. Romana said. “They look at what’s happening in Hong Kong and there is a growing demand for English-speaking helpers.”

Earlier this year, President Duterte announced that he would reach out to China in a bid to make it an alternative labor market and a destination for overseas Filipino workers (OFWs).

This developed after the President imposed a total deployment ban on OFWs in Kuwait following reported abuses committed against Filipino workers there.

In January, Bello said around 300,000 job opportunities for OFWs were up for grabs in China, particularly for musicians, nurses, teachers, cooks, household service workers and caregivers.

Sta. Romana said China must guarantee good working conditions for the Filipinos for the government to allow their deployment there. —WITH A REPORT FROM LEILA B. SALAVERRIA