Ex-president Macapagal-Arroyo may join Boao Forum board in China 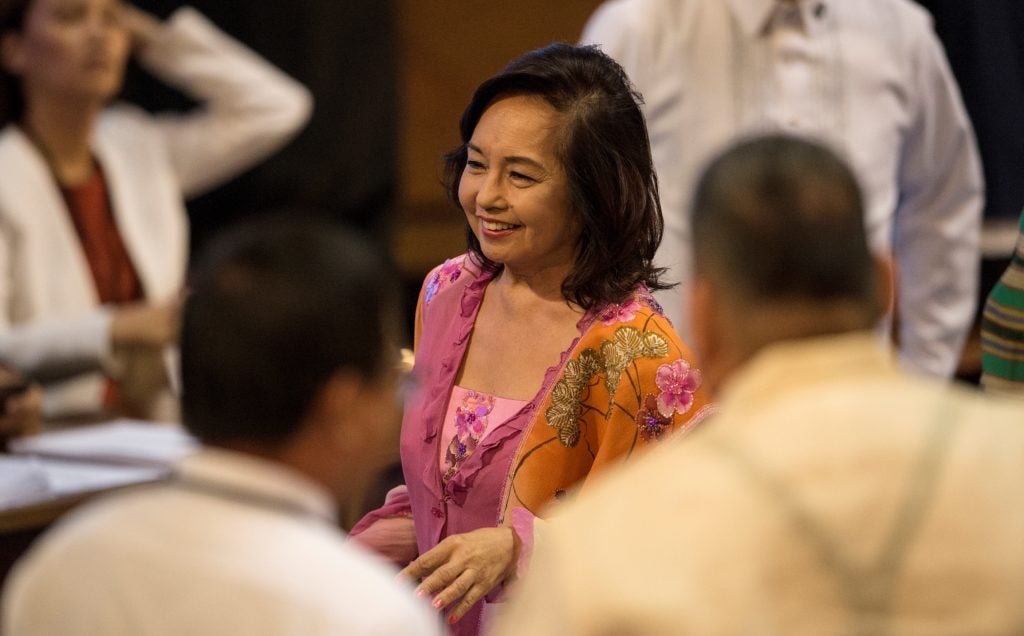 Hainan, China—Former President Gloria Macapagal-Arroyo may join the board of the Boao Forum for Asia and replace former President Fidel Ramos in the body, according to Philippine Ambassador to China Jose Santiago Sta. Romana.

Arroyo, now a lawmaker, is attending the Boao Forum upon the invitation of the secretariat.

She paid a courtesy call to President Duterte shortly after his arrival in the Southern China province.

Arroyo said she would be watching Mr. Duterte’s speech at the Boao plenary, an opportunity that a foreign affairs official described as a privilege.

Sta. Romana said the 90-year-old Ramos has been cutting back on his travels, which was why Arroyo may take his place.

“I think she is running for a Board seat and she could take the position of former President Ramos. So we’ll still have a Philippine representation in the Boao Secretariat, in the Boao Board if these things materialize,” Sta. Romana said.

Ramos was one of the leaders who conceptualized the Boao Forum, along with the leaders of Australia and Japan. It was considered Asia’s answer to the Davos Conference.

The forum seeks to gather top leaders in Asia along with businessmen and members of the academe to discuss economic challenges and prospects.

Mr. Duterte and Arroyo have made no secret of their close ties, which began during her term as President when the then Davao Mayor served as her adviser on peace and order.