Duterte ‘might’ visit Kuwait to check on conditions set for OFWs 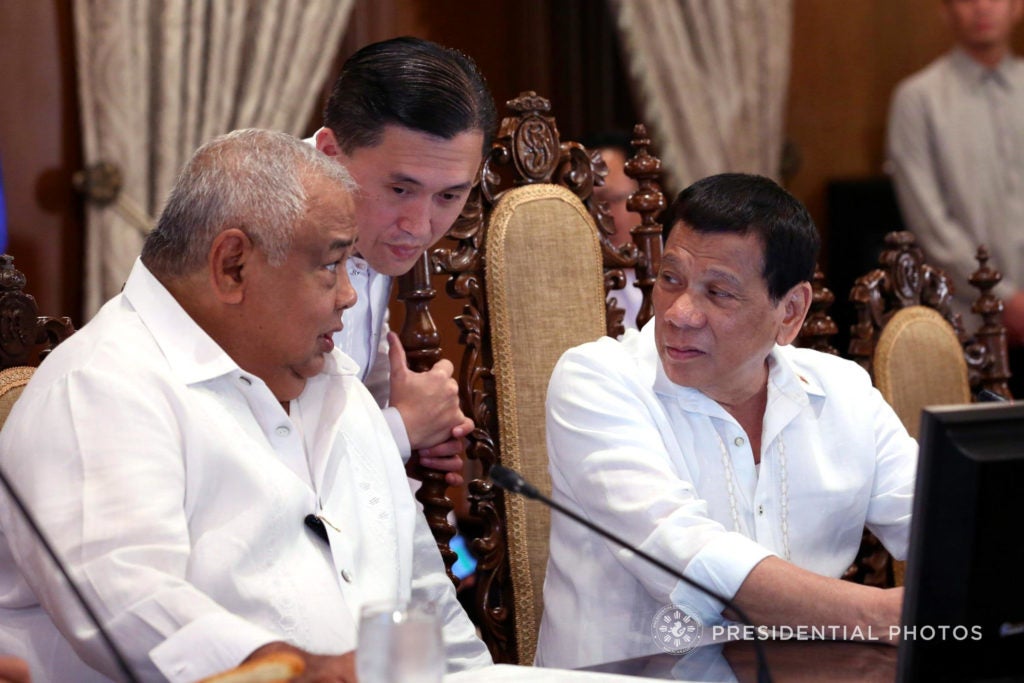 President Rodrigo Roa Duterte prepares to preside over the 24th Cabinet Meeting at the Malacañang Palace on April 4, 2018. Also in the photo are Executive Secretary Salvador Medialdea and Special Assitant to the President Christopher Lawrence Go. ALBERT ALCAIN/PRESIDENTIAL PHOTO

President Rodrigo Duterte might visit Kuwait to check if the conditions he had earlier set to protect the welfare of overseas Filipino workers (OFWs) are being implemented, Malacañang said on Wednesday.

Presidential spokesperson Harry Roque said the President “might proceed to Kuwait” if the Department of Labor and Employment  (DOLE) could assure the President that his conditions would be implemented.

Roque said the President would want passports of OFWs to be deposited at the Philippine Embassy instead of being confiscated.

He would want OFWs to be assured of at least seven hours of sleep and one day off.

The chief executive would also want the Kuwaiti government to assure that there would be “absolutely no physical abuse” of Filipino workers.

“[Labor] Secretary [Silvestre] Bello said they are moving to include these in employment contracts,” Roque said.

The possible visit of Duterte in Kuwait was discussed during the 24th Cabinet meeting in Macañang on Wednesday.

The President had earlier bared that he was working with Bello on the “mandatory provisions” in the final draft of the deal between the Philippines and Kuwait to protect OFWs. /atm