BATTLE READY The 281 members of the Philippine Military Academy’s “Alab Tala” Class of 2018 are the newest officers who will take on leadership positions in the Armed Forces of the Philippines. RICHARD BALONGLONG

The 23-year-old Pongpeera Disapirom from Bangkok, Thailand, received his diploma from President Rodrigo Duterte, along with 281 graduates of PMA “Alab Tala” Class of 2018.

Ranked 254th in the class, Disapirom became the sixth Thai to pass the academy’s rigorous academic and military training.

He joined the academy in 2014, and had become fairly fluent in Filipino.

“I will use what I have learned in the academy to help resolve problems in my country. It was an honor to be part of the military exchange program,” he told reporters here. 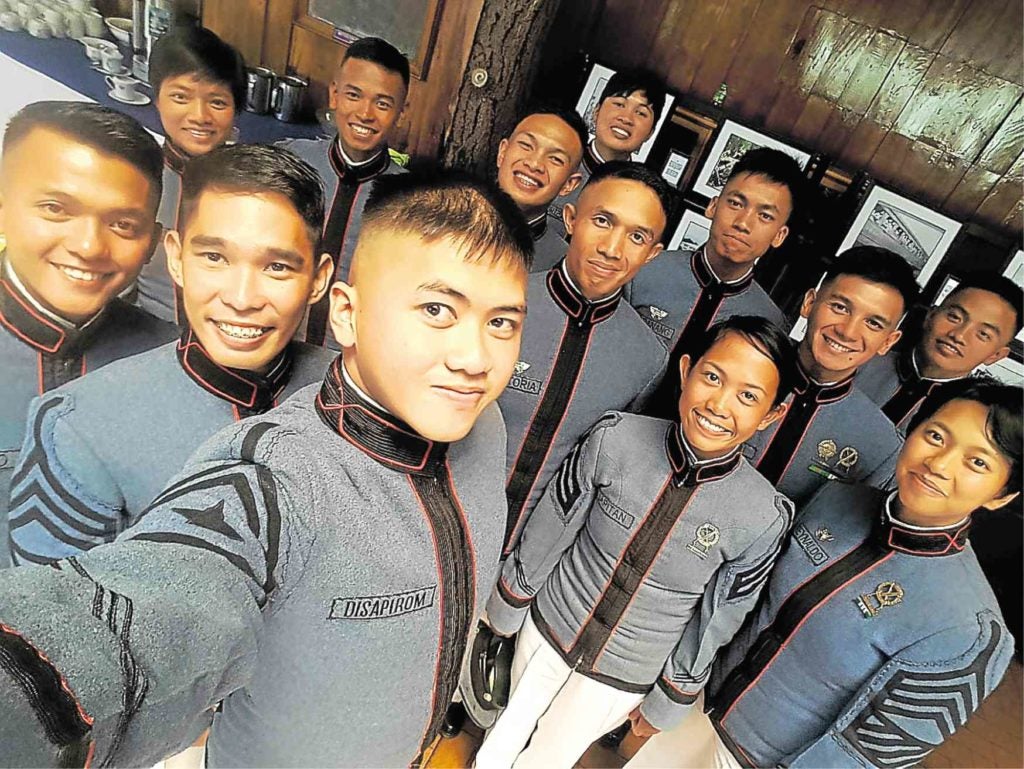 THAI SMILE Pongpeera Disapirom (third from left), a native of Bangkok, Thailand, takes a selfie with his “mistah” (classmates) before their graduation at PMA. PMA PHOTO

The program allowed foreign students like Disapirom to study in PMA and Filipino cadets to enroll in military schools abroad.

Disapirom, who will serve as a junior officer in the Royal Thai Army, was popular among his “mistah” (classmates) because of his communication skills in Filipino, said Lt. Col. Reynaldo Balido, chief of the PMA public affairs office.

A Thai, Thaval Sawangpunka of Class 1960, was the first foreign cadet to graduate from PMA.

In 1978, Ho Sun Yee, a Singaporean, topped his class and received the presidential saber.

His class also had the most number of foreign cadets, although only Ho completed training. —Karlston Lapniten